'Diamond commanded his mother not to call our kids,' Zari reveals 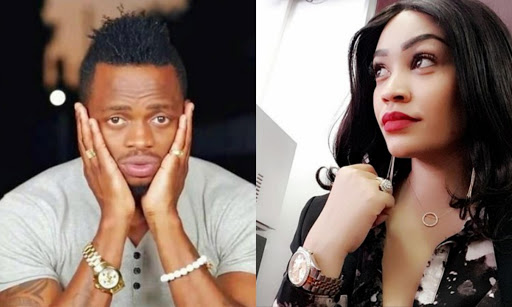 Zari Hassan, estranged wife of Diamond Platnumz has called him out for being an irresponsible father.

In a series of interviews with Millard Ayo, Zari poked holes on the singer's parental abilities, she says he never calls his kids nor visit the.

Diamond's mother used to check up on us all the time. But Platnumz told her calling me and talking to the kids alot yet I don't talk to them makes me look bad. And it's from there his mother stopped calling. I then would call her several. But later things changed.

In my last conversations, she asked me why I wasn't calling her and I told her ' Mama, mara nyingi mimi ndio nakupigia. Mimi ndio nakutafuta inaonekana najipendekeza. Hamna hata siku wewe unasema unipigie? [Mum most of the times I'm the one who calls and it's like I'm trying to force myself on you. There's no day you ever think of calling?].

Before she used to call me but after sometime, she stopped and I was the only one who used to call. It got to a point I stopped calling as well when someone told me Diamond told his mother not to call me.

We both went silent.

Last week, Diamond shared screenshots of his children on a phonecall with them.

Zari has come out to say that he didn't even speak to them. He only took screenshots and hang up before they could even talk.

The mother of five said the singer hasn't talked to their kids for nine months now.

'I haven’t talked to Naseeb in nine months. He hasn’t seen nor spoken to his kids in nine months so for him to come out to say he recently reached out to them is a lie. I know it’s been a while since we broke up so I need to say this for clarity. This is where the confusion is,' Zari said.

For Naseeb it was plain disrespect. I am a powerful woman I have an image to maintain. The respect was not there. Not only that so many times I asked him about the things I was hearing from the blogs and he denied everything.