My short hubby climbs on a stool to slap me! Someone take him please 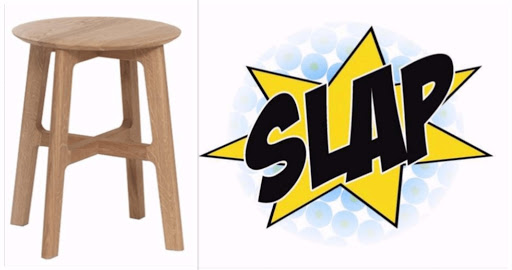 A city woman is frustrated AF.

She says she married her short hubby out of pity and now the man has resorted to climbing on furniture to be able to adequately slap her across the face.

She took to Instagram to tell her story. It is hilarious.

"I felt marrying a short man will at least give me peace of mind , I married this man because I knew I was doing him a favour and I was far above his level. He worshipped the ground I walk on and adores me, but as soon as we got married, he started hitting me, sometimes he will climb a stool and jump to slap me, sometimes he will ask me to bend let him zip my dress and he will just slap me. The man is too insecure. I am just here to beg ladies never to marry a short man. I am just targeting him, the day I will sit on him and beat him up, he won’t believe I am a woman. Short men are the saddest. I hate my husband, I hate the fact that I married him."

Here are the equally hilarious reactions.

iamcute_dimplez: Lmao...You don't have any idea how frustrating it is to be short but we can't blame ourselves. Blame it on fate😢😢😢😢 I'd suggest you face him squarely, its high time you stood up for yourself.

chiemezugorom: First of all, not all short men are sadists. Unfortunately, you married someone wicked. Height is not the problem here. Just beat him up. But stop with the generalization.

emperor.jizzy: Same as short women. In fact if you see any short woman just run they are the most dangerous species ever

gorgeous_somi: My God, 😂😂I think next time he tries to climb up anything just move to where his hands will not reach, and stop allowing him to zip your dress. Since these are his tricks. BUT WHY ARE SHORT PEOPLE LIKE THAT??

mercy_ogbe: It's not about being short or small, a violent person is a violent person whether tall or small, big or short. Dear poster instead of hating your husband u could start praying for him that God would give him a change of heart. Or walk away if u can't bear it

monsior_hope: You married for the wrong reasons so may slaps continue to fall on you until one side of your face will be coke, the other side will be fanta.

adorablemindset: One thing I've noticed about short guys is that they are hot tempered,insulting,and have low self esteem issues. So they try to always make a statement even when no one is looking at them.they think they can make up with their mouth what they don't have in height. If only they'd not put up this over-confident attitude,it's a great turn off for ladies.

nwosutony1: I think poster is the also a wicked lady. You married a short man cause you wanted a man to worship you and kiss your feet. You were definitely oppressing the poor man and might have unknowingly shown him that you married him out of pity. Now baba is trying to show you that he is the man you complaining. If you feel you can beat him, good luck, but if he ends up pounding you while you try teach him the lesson, good luck too

fauzychicWhen next he tries to slap u, as he takes a leap, shift so that he’ll land on d floor den make sure your koboko (horse whip) is ready... FLOG shege and shegu our of his short body and sister, thank me later. Its well hun 😘

osazlee: Lmao, madam pls make sure to do a selfie when u are beating him. Infact a video, lmao.....shortman syndrome