Premonition? Here's is proof Bob Collymore knew he was dying 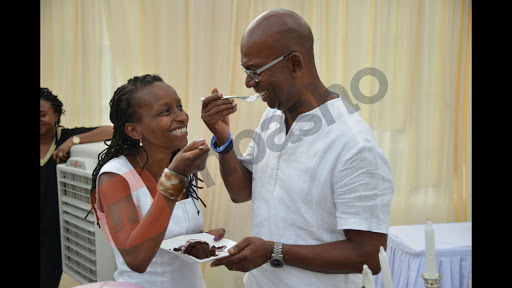 Collymore breather his last on wee hours of July 1 in the presence of his family members and close friends.

Bob, was diagnosed with Acute Myeloid Leukemia and traveled to UK for treatment in October and returned in July 2018. He has been undergoing treatment for this condition since then and it worsened a few weeks ago.

Collymore, a jovial CEO did several interviews with local media and every time, he talked about new things ranging from his position, health, and social matters.

In his interview with Biko Zulu last year, Bob opened up about his perception of morality.

He told Biko that after he was diagnosed with cancer he started thinking more about death.

Death is inevitable and I have made the decision not to cling on the thought of it because it will eventually come; I just do not know when. I have chosen to focus on the things that are more important to me.

Now I know it’s kind of impossible for somebody to live for 200 years. But something very important is that when you have cancer the idea of death is near, and so it doesn’t surprise, unlike you who is healthy but death could be coming in the next minute or tomorrow morning.

During his last days on earth, Bob kept talking about his death and even told his friends what he expected of him after death. While speaking about Bob's death, Jeff Koinaange, his best friend said,

WE HAD KNOWN THIS WAS COMING. BOB HAD INFORMED US SO WE KNEW THAT HE WASN’T GONNA LAST VERY LONG. HE HAD BEEN TOLD BY HIS DOCTORS NOT TO MAKE ANY LONG TERM PLANS. IN FACT, HE WAS TOLD IF HE MAKES IT PAST JULY HE WOULD BE LUCKY.

Last Saturday (29th), Bob invited his friends over to his house and Radio Africa's CEO Patrick has revealed that he told them [his friends] to stand by his wife and be there for his children's birthdays.

HE CALMLY TOLD US, “IF I GET THREE MORE DAYS, I WILL BE LUCKY.” WE ASKED WHAT WE MUST DO, SHOULD WE PART. “STAY TOGETHER, STAND BY WAMBUI.