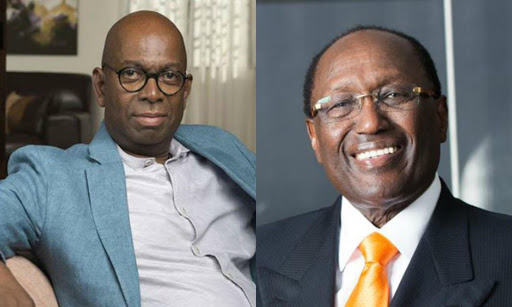 In his touching tribute, Kirubi described Bob as a great leader who greatly contributes to national development.

I am deeply saddened by the news of the passing of my friend and Safaricom CEO Bob Collymore. As a country, we’ve lost a distinguished leader who greatly contributed to national development. My condolences to his family, friends and all Kenyans,' he wrote.

Prominent Kenyans have joined Kirubi in mourning the icon and their messages include;

DP William Ruto Bob Collymore was a distinguished corporate titan, whose shrewd leadership at the helm of Safaricom was commendable. He steered the company to new heights and contributed immensely to the evolution of Kenya's corporate scene.

Larry Madowo I have hundreds of texts with Bob Collymore going back to 2011. He responded to each of the countless interview requests, banter and more recently, health updates. He lived a full, passionate life. So long, my friend 💔

Governor Joho I am deeply saddened to learn of the passing on of Safaricom CEO Bob Collymore. His leadership at the most successful company in Kenya will greatly be missed. My condolences go out his family and the entire Safaricom fraternity. May his soul rest in eternal peace.

Carol Radull Rest in peace Bob Collymore. Thank You for all the support you gave the Sports industry in Kenya. Prayers for his family and friends during this time. #CancerSoldier. ♥️.

Senator Wetangula I mourn the passing on of Bob Collymore,the Safaricom ceo, with deep sorrow. Bob managed and navigated the growth of Safaricom esp mobile money transfers. He exemplified the greatness & humility of a successful entrepreneur. RIP brother Bob.