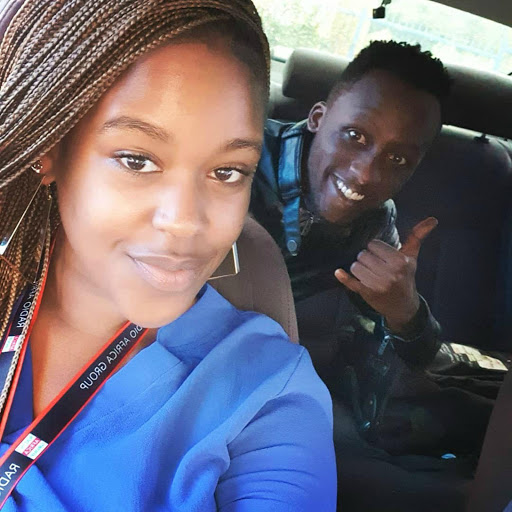 Kamene Goro may be down now but she is not out.

The radio presenter who has just landed a job at KISS FM together with Andrew Kibe, her former co-host at NRG has been served with an unfortunate lawsuit.

The duo were to start their first show on July 1, at the Waiyaki Way based media house when they were served with court papers citing a three month non-compete clause they signed with NRG Radio.

Kamene Goro has taken to social media to lament about the lawsuit.

In a video she said,

Hardwork and humanity are two things I always pray for. I always pray that God maintains them in me because that's the best of me. My humanity, my heart and my hard work ethic.

It's been a tough couple of days. I didn't see any of these coming. but I just keep on saying where is the humanity?

I've been taken to court. It's now public knowledge. An injunction has been slapped on me. I'm not supposed to go on air, so what guys? How am I supposed to work? Where do I earn my living from? my career, my future..

Check out reactions from her followers;

gkkiarie This is Refining fire. REST. RECHARGE. You will come out of this one BIGGER and BEST. Money will chase you.

j_sallah You should've consulted a lawyer on the terms of your contract with NRG and how to go about quitting. We are a country of laws you know.

abdallahmengit I think it would have been fair to give at least weeks to 30 days notice......3 days was abit abrupt for the employer... good luck though.

josephinelenah I feel for you, but if it's really true that you didn't issue a month notice,then that was your mistake , cz clearly Kiss poached you guys n no employer would have loved that given that it's where you grew as a brand. Sorry though,all the best.

deejay_kamaa_ @kamenegoro I don't know you personally together with @kibeandy but what I know is that you guys are smart in what you do and you wouldn't give a 3 day notice then quit because you knew the consequences. The problem here is that you guys left together and it's a big blow to them. Hapa mumepigwa ngeta unexpectedly but God above is powerful than any man, even the sea at times have the tides. All shall be well

desmondbosire Growth pains. They eventually pass. A wise man once said the only thing constant in this world is change. Those that try to oppose or delay it only loose. You're on the winning side. Stay on course.

legitimately_skye Babe just sit back and watch God fight this battle for you. This God we serve doesn't disappoint and He never lets us down. He's gat you. Best believe that. Sending love and light your way. ❤️

kj_mpoa So disheartening. ..no humanity in this world at all, am battling depression too because of lack of humanity showed to me by a relative.