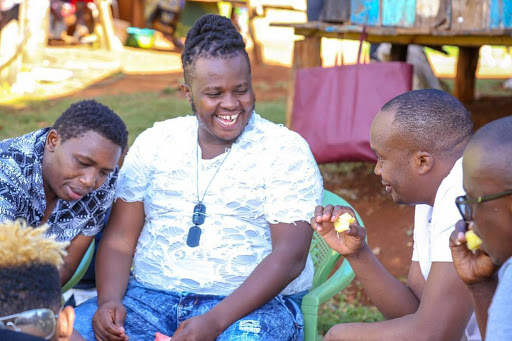 DK revealed that he got tested for herpes. Here is his interview with Mpasho about the matter.

In a candid interview with Mpasho.co.ke, DK revealed that after the expose, he was trolled for days on social media. He said,

He said Facebook was the worst when it came to trolls.

It was fire. sometimes I would laugh. Facebook is the worst social media platform. Wale nimewavulia kofia. After the scandal to date, I don't read my comments.

You post a photo within an hour it has 3k comments and all are negative. One user told me, 'That stomach is full of Herpes.'

There are things if you take them personal you fall into depression. The only thing that has given me strength is being with the Lord because the one thing that I know about God is if he calls you enables you and the good work that he starts in you he has to finish it. that's what the word says.

The singer said he has learnt to trust in God and ignore trolls because they can totally destroy someone.

when you trust in god sometimes you have to get to a point that you don't try to figure out what will happen but just allow God to work. because his timing is different and you need to understand greater is He who is in us than he who is in the world. So if you're called stay to your calling because if you try to fight for yourself hapo ndio unajua social media iko na nguvu.