Check out the posh house of businessman Paul Kobia - Photos 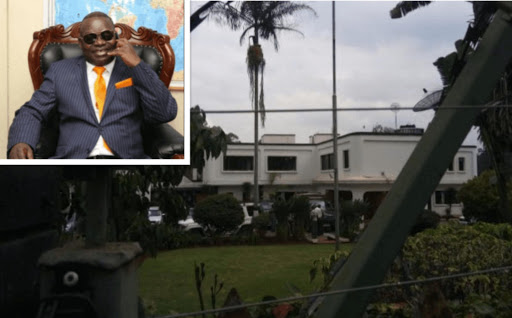 The detectives arrived at the premises at 10 am and broke the gate after workers failed to open.

The reason for the raid remains unclear although Mr Kobia has in the past paraded several firearms.

A source at the DCI has however stated that detectives are seeking documents following a complaint by a foreigner who had been duped into a fake gold deal.

Detectives first visited the premises on Tuesday evening conducted a reconnaissance- which is an observation conducted on his home before they stroke on Wednesday.

Below are the photos