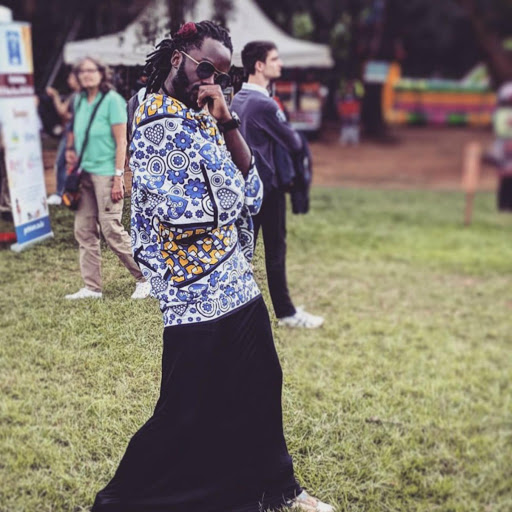 From wearing dresses to possing with flowers, the model-cum-musician has always made headlines in the fashion world.

Over the weekend, he attended an event wearing a black long dress, with a touch of African print and sneakers.

He accessorised the look with a watch, stunners and a red flower.

A Twitter user identified as 3MuskerBeers commented on Nyong'o's dress code, saying he killed it.

That's the one. So much sauce, heavier than the bars that were been dropped. Almost as heavy as when that dude said "niko nyasi kama Nebuchadnezzar"' he wrote.

Also, yesterday was at the same joint with @JuniorNyongo and mans looked so stylish and comfortable in a dress with sneakers. Maybe we really should think about our dressing. Loved the style

Zero by Zawadi is an online clothing store founded by Zawadi Nyong'o, Junior's sister, and adult clothes go for between SH5,000 - Sh 10,000.

According to the website, part of the profit is used to support mothers in Nothern Uganda.

The governor's son has on several occasions been spotted wearing dresses and recently he was heavily criticized online with many questioning his sexual orientation.

He later came out to respond to trolls.