DJ shiti dragged me out of depression - cries fan 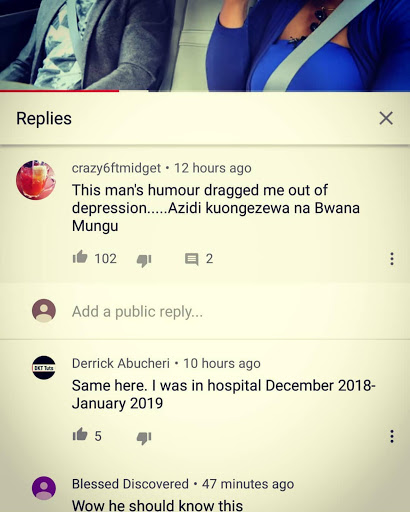 DJ Shiti has become a household name in Kenya. The comedian first made his debut on Churchill show as Magazine but his big break was when he joined The Real Househelps Of Kawangware.

Since then, Shiti has not only won himself endorsements but also managed to light up the faces of his fans.

The comedian has been moved by fans who have spoken about how his jokes have been able to get them out of heartbreaking situations.

This man's humour dragged me out of depression. Azidi Kuongezewa na bwana

To their response, Shiti says that these messages have shown him that there are indeed people he is touching

Well, cheers to you Shiti!