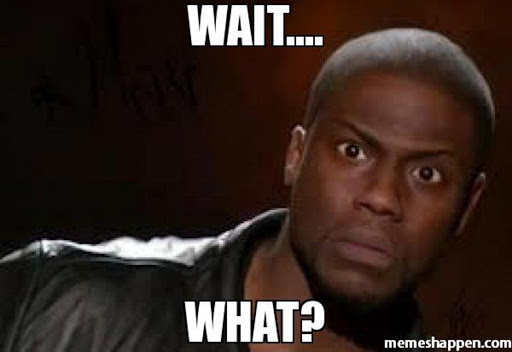 There was drama at a local church in Uganda when a side chick stormed the holy venue and disrupted a wedding ceremony of the man she thought was her 'bae for life'.

The side chick who hasn't been identified yet stormed the church dressed in a pearl white wedding dress, complete with a veil.

She walked straight to the alter where her bae and his bride were about to exchange their vows.

The animated side bae demanded that the man also exchange vows with her and that she is ready to be his wife.

One observer, Ting Dat said, "What a lucky man! Its most men's dream to have a threesome every weekend. If it were me, I'd wed both of them and charm them into working together as a team so that we can play weekend Threesomes without any hitches...Credit to this woman though !! She actually "put money in herself" by buying the gown, the makeup, the hair, her own fleet of Limos and she probably even catered for her entire entourage! Life is such a Rollercoaster, Just as you think you've seen all the drama, someone comes and pulls the mother of all drama. What a life!"

Here are more reactions by netizens to the shocking video.

Suzanne: I don't think she knew she was the side dish, probably the man used to tell her he would marry her too...then she finds out it wasn't her, then she plans her things n crushes his wedding...huh wonders shall never end with these men. Dear men, avoid drama, get one n don't tell lies to the other, let her know u ve a main woman incase u decide to "kutangatanga" n she will decide to stay or not. Most definitely she won't even stay...

Hope Alpaize: Very true, a man should always tell her side gal that he has a main woman!!! Easy n simple

Pit Khalifa: Man can never stop wanting tho being contented is a cheap option.

Diane Katumba: 🤣🤣🤣 She is my kind of people

👏🏿👏🏿👏🏿 She also wanted to make it official as the Side chic because their marriage would have probably made it to this level if she was not in the picture.🤣🤣

MissCissy: Hahahaha that woman doesn't love or respect herself enough......

Lois Atuhayre: That is what some men deserve coz some waste gal's time and end up marrying others.

Dorcus Rosie Walker: Women of nowadays you have to have respect. Also, there are many fish in the sea if you can't find a single man in Uganda you find one abroad.

Check out the drama unfold in church.