Horrifying! Check out chilling images of world's most haunted places 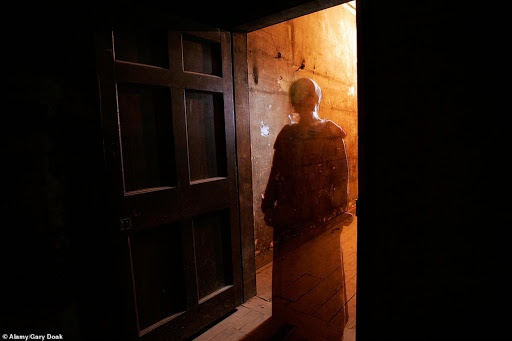 Would you visit a chateau said to be haunted by a woman with holes in place of her eyes?

If you don't fancy testing your nerve, you could always read about it instead, in a fascinating book called Haunted Places by historian Robert Grenville.

It charts 150 of the world's most spine-chilling places including abandoned hospitals, graveyards and castles.

Other spooky locations include a Canadian hotel that is said to be visited by a bride who died on her wedding day and the famous Island of the Dolls in  City, where people leave toys dangling from trees.

Some say they've heard the dolls talking to each other.

Scroll down and prepare to be spooked by a selection of the creepy images from the tome...