Hopekid reveals, 'I tested for herpes after scandal' (Video) 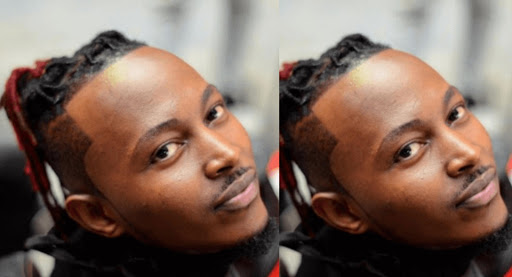 Well, the Holiday hitmaker has now come to deny those allegations in an exclusive interview with Mpasho.co.ke.

We signed an NDA (non-disclosure agreement) so I'm limited on what to say about this issue but there was never a rape case and nobody was infected with herpes.

Asked whether he sought to see a doctor, the singer confirmed that,

Yes, I went and got tested, not because I had it but at the end of the day I was under legal advice and I wanted to have every documentation right so that when anyone comes knocking, I have my papers ready.

When this scandal went viral, I submitted the whole issue to my bishop, Welley Odendo of life pool chapel. He gave me a wise perspective. If it was up to me, I'd have done unthinkable things like posting her on social media.

He opens up to say that the lady in question is suicidal and didn't want to expose her, hence, why he kept silent on the matter.

I knew if I posted her, she is a suicidal and the unexpected would have happened it  would be all on me. I didn't want that on my conscious. That's why I kept quiet.

Adding that "She is a good friend of mine. I actually talk to her, she knew what she did, she apologized and we moved on."

He says he and DK have been friends even before the scandal and that didn't injure their brotherhood.

I spoke to DK because he is my brother, I can never turn my back on him. He is the most loyal person.

So what did his family think of him after all this?

My mum was shocked, she knew what I'm capable of doing and not doing.

He added "I apologized to my fans to whatever they heard. I apologized not for what I did but for what they heard because I didn't do anything. My apology post was structured by a lawyer."

He says some of the lessons he got from the scandal was forgiveness and the ability to choose the right friends.

Don't help everybody. You cannot be Jesus. I gave someone a listening ear, we became good friends, I introduced them to friends of mine cause I tried to help, then after whatever went down, it was said that the person was raped and affected with herpes. It taught me a lot cause we met on social media.

Hopekid is currently making airwaves with the song Control. He is also set to release an album called Testimony.