Father Abrahams! Here is a list of celebrities with more than 1 baby mama (Photos) 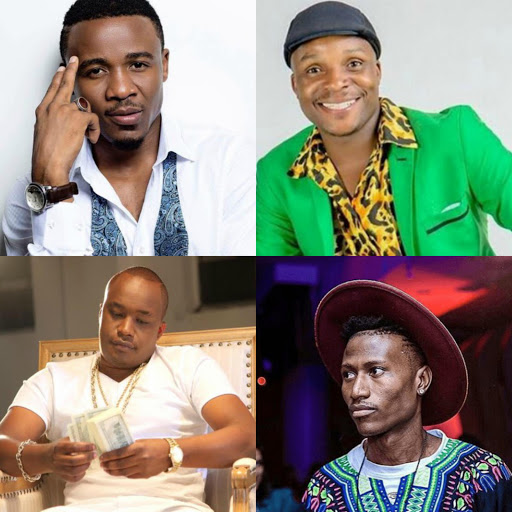 There is nothing as good as having money especially if you're a celebrity. You can get anything you want including all the women in the world.

And celebrities take advantage of their status to bed women and sire as many children as they can. Even though some fail to provide child support.

Although in most cases baby mamas to these celebrities end up living a miserable life after being used and dumped, there are a few, who get married to their baby daddies.

Well, there are several celebrities out there who have more than one baby mama and they are referred to as Father Abrahams. Just like the one Abraham in the Bible, the father of many nations.

From Tanzania's Ali Kiba to Kenya's politician jaguar, meet the father Abrahams of the local industry

He has sired children with four different baby mamas and the sad part is, he did not marry any of them. The Bongo star and his Kenyan wife have a daughter together.

He leads a flashy lifestyle and he has two baby mamas although rumour has it that he has more. Kwani iko nini, fill the world Mr. Jalas. You have the money.

The controversial gospel artiste has two children with different women. His baby mama is Yvette Obura while the wife is Diana Marua. All his children are daughters.

He sired children with two different women as well. His daughters are the same age and you can tell he was dating both baby mamas at the same time. He's a father of daughters.

He's also known as Akuku danger. Nothing in a skirt can pass him. He's been accused of having relationships with his female video vixens, socialites, and groupies.

His baby mamas are: Ugandan businesswoman Zari Hassan and Tanzanian socialite Hamisa Mobeto. He has three kids who are known but sources have it that amejaza dunia.

He is expecting his fourth child with Tanasha Donna.

Mheshimiwa Charles Njagua Kanyi is a father of three: two girls and a boy. All the children are from different mothers and resemble each other, thanks to his strong genes

The popular rapper has four baby mamas among them, caucasian women. He's a father of four lovely children, Tracy ‘Queen T’, Zara, Frederick and another pointy son whose mother is not known.

He is a father of four. Two kids from the same woman [who's he's currently living with]  mama and the other two from different mothers.