'I do 6 jobs in a day,' confesses Achieng leaving Kenyans surprised 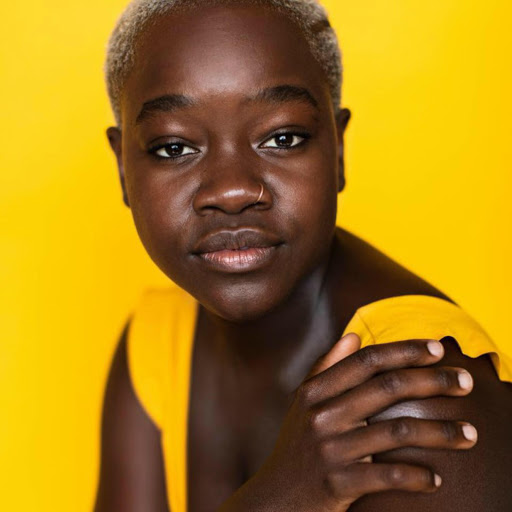 Achieng Agutu, a Kenyan student based in the USA is trending on Twitter.

This is after a video of her on Ellen Degeneres's TV show surfaced.

In the video, the bold Kenyan lass begins by narrating how she landed in the USA and her motive there.

I moved here (to the U.S.) about five years ago for higher education and it’s been amazing but it’s also been really hard for my family back in Kenya because they’ve honestly done every single thing from selling land to taking loans to be able to pay my school fees and make sure that I’m comfortable.

I work one full-time job, I'm an admissions counsellor at Holy Cross College, but then I babysit for two families; I wash people’s cars and clean their houses; I’m an Uber driver; I also teach English to international students.

The American comedian then invites Achieng on stage and she talks about how she learnt to speak fluent English. She told the TV host;

People told me the best ways to learn a language is through watching music or listening to music. And so when I used to see artistes on your show I use to take down notes on the songs that they wrote and then I'd go to a cyber cafe and look up the lyrics and then learned the lyrics and then, therefore, learnt English.

Achieng who had never seen her family in two years because they stay in Kenya and South Africa finally met them.

While the interview was on, her parents and brother appeared live on stage and it's an emotional reunion.

Later, Ellen tells them to play a game where they are required to pick one card from a group of three – labelled 1,2,3 – with different figures inscribed at the back.

The video has excited mixed reactions and below are the comments:

Bravin I am still surprised by how many jobs Achieng does. Kwani How many jobs does an American have? Hii Kenya Youth unemployment inatumaliza 😂😂

Aleckie Ronald In the interview Achieng talks about her parents selling land, taking loans and borrowing cash to educate her...but later she mentions how they are also giving back to the society because they are truly blessed and that they are educating 10 plus kids...

Waitiki Wachaneni na Achieng she lied kidogo to get millions, some lie their family members have died for pocket change!!! Don’t @ me

Weldon Langat Achieng' also said she does a full-time job, babysits for two families, works as an uber driver, teaches dark students English and does scriptwriting. Do we all have the same 24 hours ama these wazungu's brainwashed her?