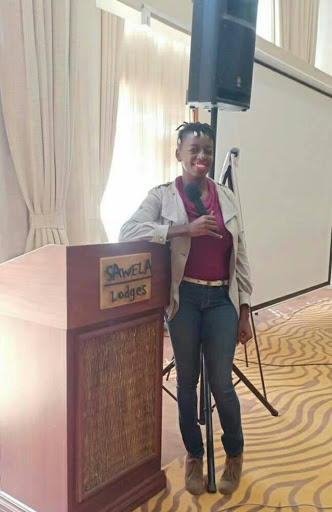 27-year-old columnist Phenny Awiti, a woman living with HIV/AIDs says stigma and discrimination are still on the rise in society.

The mother of two whose babies are HIV negative has been using social media to create awareness about HIV.

My reason for coming out is because I endured stigma and discrimination From the moment I discovered my status.

Phenny Awiti says she has learnt to accept the names given to her because of her condition but she is looking forward to a stigma-free society.

Taking to social media she wrote;

When I first came out publicly as a Person Living with HIV, a lady spotted me and point blank said "Huyu si ni yule dem wa UKIMWI?"

From that point onwards, I vowed to be called dem wa ukimwi, dem wa virusi, dem wa AIDS...without feeling any pinch, because, that is genuinely how the society recognizes people living with HIV/AIDs. That was 2017 May.

The young mother has won the hearts of many thanks to her courage. She has always been praised for enlightening the public about the virus.

Comments from Awiti's followers include;

Nyakanyi Gathiaka Phenny,the statement reminds me back in 2016 while I was expectant n someone close to me asked, Sasa mbona unazaa n u know your status si ungeatafuta mtoto you adopt

The works you are doing for our society is incredible, to get someone who openly admits abt their status and ought to teach others about this is more than incredible.. I'm proud of you mama

Bevian Williams Love you gal. No negativity from primitive people should never bring us down. You're my source of strength and positivity.

Taraji Iniuma Woow, thanks for staying that strong, you did not let stigma crush you!

Dan Mosinto O Mogasi You have come from far and indeed you're destined for a higher destiny. All the best Phenny

Saada Kasuwi You're a super woman young lady never give up 💪

Matebo C. Steven Forgive them,, It wasn't your fault Phenny