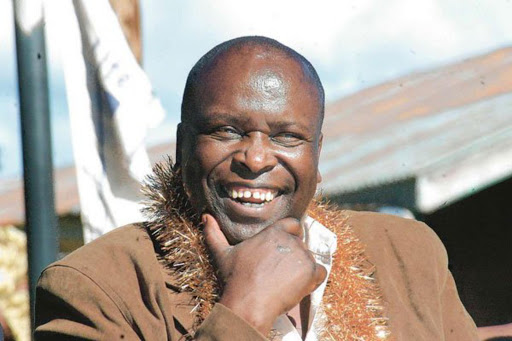 It's a sad Easter for retired president Daniel Arap Moi's family. The former president has lost his eldest son Jonathan Moi. He was a brother to Baringo Senator Gideon Moi.

The Moi family has issued this statement:

We the family of H.E Mzee Moi confirm the sad news on the passing on of Jonathan Toroitich.

Jonathan will be remembered for his daring exploits in the racing tracks, in muddy and dusty tracks, during this time of Easter.

He was amiable, social and down - to - earth and industrious human being.

We are distraught as family and we ask for your prayers and seek your understanding and indulgence to allow us mourn privately.

We will continue to inform Kenyans on need basis and further arrangements.

Press Secretary Lee Njiru confirmed the news and said a detailed statement will be issued tomorrow.

Kenyans have condoled with Moi's family and below are their messages:

Philip Yator RIP. We the constituents of Eldama Ravine has suffered a big loss

Wasike Pundit RIP JM, you were one of the greatest Safari rally drivers

Kibichiy Keino Sad to hear that Jonathan is no more.. My condolences to the Moi family.

Daniel Ndigi Jonathan the firstborn son of the former President of Kenya has been promoted to glory in Nakuru. My sincere Condolences to the Moi's and My KANU party leader Hon Gideon Moi.

Philip Nyamai So sorry for the passing on of Jonathan Moi, son of former President Moi. May God comfort the Moi's.

Kipkoech Rober Condolences to the family of retired President Daniel Moi for the loss of their eldest son Jonathan Moi.