EXCLUSIVE: 'Our engagement was staged, not real!' Pendo's mzungu speaks out 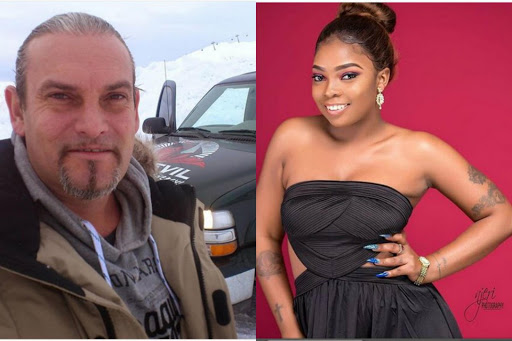 In October 2018, Pendo left Team Mafisi heartbroken after a video from her engagement to Joseph Kner went viral. She shared photos and videos flaunting her engagement ring. But it turns out the whole affair was stage managed!

Well, at least that's what the mzungu man says.

In an interview with Mpasho.co.ke, Kner revealed that he met Pendo on Instagram and upon visiting Kenya, he asked her to 'work' with him. The engagement was a ploy to attract the attention of his Kenyan baby mama and daughter he hadn't seen for sometime. He said:

I SAW HER PROFILE ON INSTAGRAM AND THEN I  ADDED HER. FUNNY SHE WAS THE ONE WHO SENT ME A MESSAGE FIRST AND WE TALKED ON WHATSAPP. SHE SHOWED INTEREST IN ME AND I TOLD HER I WOULD BE VISITING KENYA TO SOLVE A PROBLEM I HAD CONCERNING MY DAUGHTER.

'I explained to Pendo that I needed to get the attention of my daughter's mom from whom I had separated. I also added the only thing she feared was that I would go public with the separation story.'

So I proposed to Pendo a deal for a certain Payment which she would share With her Boss Janet Mwaluda from Nairobi Diaries. Janet needed to be paid as per Pendo's instructions. The payment was roughly over Sh250,000. We agreed I would play the role of her future fiancee which would be a headline in Nairobi Diaries show and just like that, I was convinced that the mother of my daughter would hear this and contact me. The plan worked and she came out of hiding and contacted me as soon as the proposal video went viral.

When asked how long did he date Pendo, Joseph responded saying;

Dating is too much said, this whole thing was a deal, not a relationship. Nairobi Diaries is a show, Pendo is a cast member and the whole crew of friends availed themselves for the 'engagement'  and I had to act as others too.

Their 'engagement' didn't take long and Pendo was the trending topic after she was left with a bill to foot at a local hotel with her mzungu darling. Concerning the 'break up', Kner told Mpasho.co.ke that;

A relationship which in real never existed cannot be broken . During the time I spend With Pendo, as I was resolving the main issue she showed interest which did not fit the deal. She also noticed that I was not such a bad Catch and could provide her With all that she always wanted together with her cousins.  But for me this was of no interest, I followed a plan which we had, and I just kept to the deal, the rest for me was of no interest in real life.

We contacted Pendo to respond to the allegations and when asked if their engagement was commercial deal and if it was scripted she denied saying;

ooooh God...no!!. Nothing was scripted

On the money part, Pendo said that

Money is also part of a relationship...why is this one so special?

The Nairobi Diaries reality star said she was healing from heartbreak and she exclusively told us that:

I went through a heartbreak. I worked my mind off to get over the pain.

Pendo, who maintains the engagement was real and not staged, when asked if she feels Joseph used her she said;

We also contacted Janet Mwaluda for a comment and she denied the allegations.