'They are so rude and arrive at shows very late wamelewa kama ma saitan,' Kenyans back Jalang'o on bashing artistes 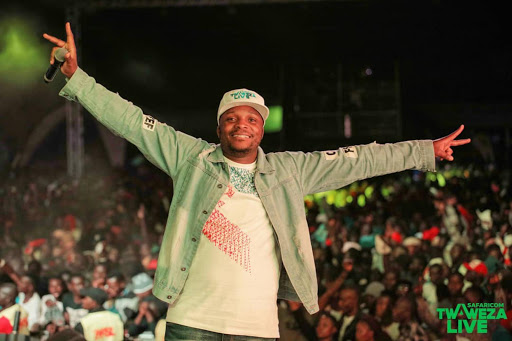 Well, Jalang'o, has been seconded by many but a few feel that he is just hating on local talents. Quite a number of artists among them Naiboi and Khaligraph have blamed the media for not playing local songs and giving Nigerian and Bongo artistes airplay.

The Radio Maisha presenter has highlighted things that local artistes do which piss off many and he has advised them to change.

I know most of you are wondering why I have taken this debate so personal, it is because I interact, I host and I talk to Kenyan artists daily,' he wrote in part.

Unless most of them change their work ethics the Bongo and the Naija songs will still rule our airwaves because of the following:

1. There are artists we call for interviews and totally don't show up.

2. There are artists who you have to beg to even post a poster of a show they are performing at.

3. There are artists who you literally have to beg to even send you a DJ's Drop

4. There are artists who after giving us one huge song, think that that's the end of the world and for more than a year, they bask in the glory of That one song and when you stop playing it, they tell you "You're not playing Kenyan Music "

5. There are artists who do not even have their own songs as their Skiza tunes

I one day, organised a meeting between Safaricom and Kenyan Artists to help them know how Safaricom sponsorship works.

First we had to Beg them to come and even those who came, I don't think any of them has ever written to safaricom to ask for sponsorship

Good Music will always be played and even We presenters will look for it, example is Dundaing!

@realshinski was away for 10 years, came back and it only took him two songs to rule the airwaves...Good Music!! Vimbada @mojishortbabaa and @jabidii_music pushed the song as if their lives depended on it..Hard work!! and @khaligraph_jones knows what hard work is, he sleeps, eats his music and stays in the studio late creating content.

The same Kenyan artists, do not support each other but compete against each other, How will the industry grow?

Lastly, Music is a business, Invest in your business and it will always give you returns.

Jalang'o's sentiments have ignited mixed reactions among Kenyans and below are the comments;

nelitheradiocrusader: A voice from promoter corner I support you 💯% Baba @jalangoo they are so rude arriving at the show at 2am wamelewa Kama ma saitan

godwinchimoyi: They Brag so much. Imagine a Kenyan artist earning much similar to Wasafi crew, where will you hide your face ?? Take a look at Akothee, she's the richest Musician in the country regardless of the source of her wealth, but take a look at her character.

ombati_niffon: content or no content Kenyan musicians ndio wanajimaliza before you ask the media to support you support each other.

leondantez: Make good music and it will be played all over the world.....don't force presenters to play music that cant make their stations popular or listened to by fans in the name of Kenyan music.....Good music will always go out there whether played or not.

Slexxmusic: You forgot to mention those you invite for shows and end up drunk before hitting the stage

macos_gravy: This is true @jalangoo ..u have said it you need to put up a hard work in order to succeed no shortcuts plus they need to brand themselves to the market and endorsements look at Tanzanian how the brand themselves harmonize to mention a few.