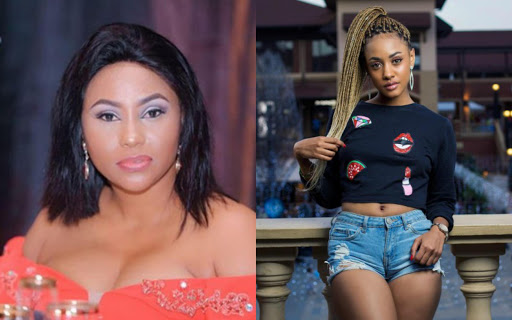 Diamond Platnumz' elder sister Esma is one of those in-laws one would never want to wrong. She is always nice and showering her brother's girlfriends with love until they break up.

We have seen her in past pamper his brother's exes but once the relationships fail, she will go around talking negatively of the women. And not so long ago, we saw what happened to Zari and Hamisa.

Well, Esma is the first in the singer's family to talk about his relationship with Tanasha Donna.

The mother of two, who recently parted ways with her partner has shown support to the latest couple and during an interview with Risasi newspaper, she asked the Kenyan lady to be good. Not like the other women Diamond Platnumz has dated. She said;