'My love for Otile Brown was real,' Confesses Vera Sidika 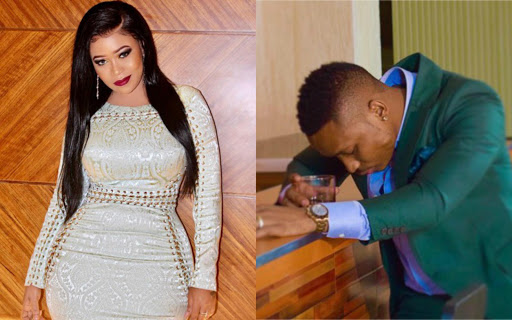 Socialite Vera Sidika is among the celebrities who are an easy target for trolls. In an interview with Massawe on Radio Jambo, Sidika revealed that the worst troll was when a fan told her on social media that she was HIV positive.

Before I bleached my skin some people trolled me online saying I was HIV positive.

I was famous in my own circles and I used to have many followers in my Facebook and also as a cover girls of the Pulse magazine and so I already had a name. It was my haters and people we were modeling with because I had a huge followers and I became famous before them,

People know that I am clean because I have done several tests online.

How did she handle the hate?

I cried so much and I even called my mother about it. I mean it was so tough for me.

Since then she says she has developed a thick skin and no longer concentrates on trolls.

I nowadays love the trolls because most of the people who troll me is not because they hate me, but because they want to seek attention with my page. I can explain, some of them have little like in their page but when they put up something in my post, they get so many likes and that is what I think excites them.

Vera Sidika was in a relationship with singer Otile Brown but broke up in what Vera claims was because he (Otile) was taking advantage of her financially.

Yes, I am single. I am no longer in a relationship, and the reason is because he broke up with me again, because I did not give him money that he wanted me to. He wanted 500K to buy a new Mercedes after trading in his current car.

Some of their fans however were in the view that the two might be pulling a publicity stunt but Vera said;

Now that I am 29 years and I have thought of having a family but I am concentrating on my business first. However, I don't stage anything and my love for Otile Brown was real.