Revealed! Here is Monica Kimani's last message to her brother before she was killed 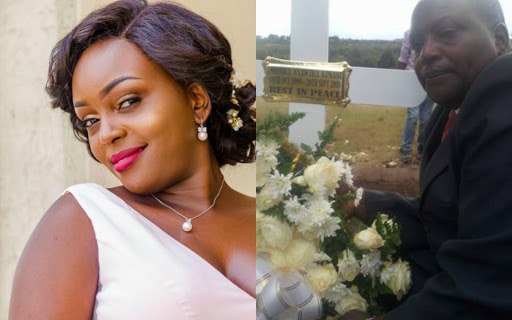 Monica Kimani hit the headlines when her body was discovered dumped in her bathtub at her apartment in Kilimani. The 28-year-old businesswoman's throat had been slit, hands bound, mouth taped shut and part of her clothes torn.

Police fingered Jacque Maribe's fiance, Jowie Irungu who is still in remand till the murder case can be heard. Jowie was denied bail by Justice James Wakiaga.

Part of the reasons read:

The fact that the motive of the murder of the deceased is unknown poses a greater danger to them since they are not sure whether it was against the family with the deceased being the first victim," adding, "The manner and style in which the deceased was murdered shows that the people who did it are meticulously organized and dangerous individuals whom if given a chance are capable of ensuring that the entire case collapses.

George added in the affidavit, "The accused persons tried to conceal some of the evidence before their arrest and that the police are still searching for one other person who was allegedly with the 1st accused, the murder weapon, the deceased house and car keys and if released on bond they will interfere with the ongoing investigations."

Justice Wakiaga added that George knew Jowie "who was his college mate at Kenya Polytechnic."

It has now emerged that Monica and her brother were really close. An Instagram message posted 27 days before Monica was murdered brutally has surfaced.

The message is dedicated to her brother George. It read:

I have heard many say working with family is the hardest thing and it's very true because we definitely fight a lot with my brother, but some battles I fight, I am sure I win because he is by my side.

I appreciate you, my not so small brother, and I am sure when together we got this. I love you so much may God give us the grace to keep winning and getting better in this hustle. You are the best business partner I could ever have. Cheers to many more deals. Today was a tough one but we cracked it.

Check out the screenshot of the last Instagram post that Monica Kimani posted with the special message to the brother.