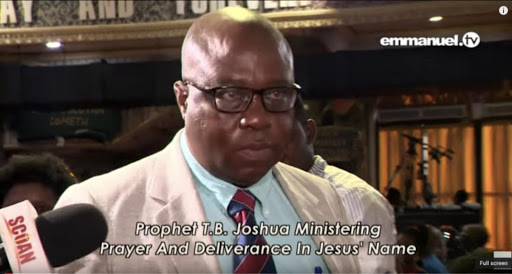 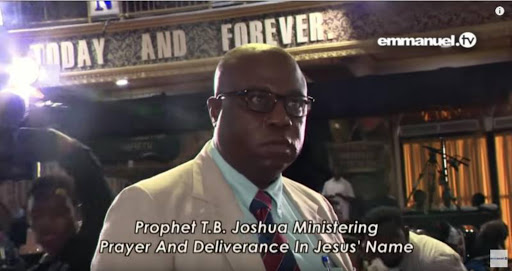 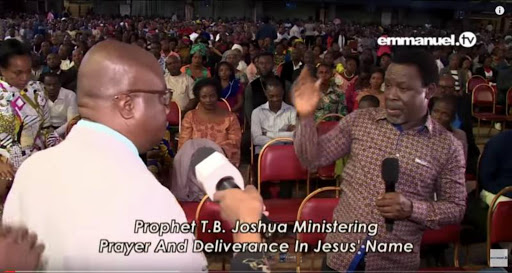 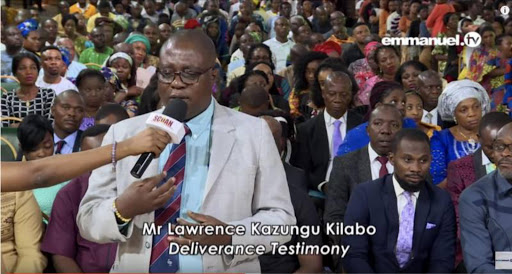 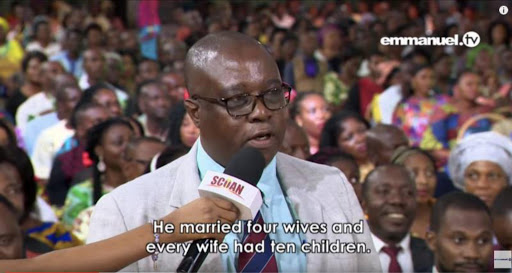 Lawrence Kazungu Kilabo a popular politician from Mombasa recently visited Prophet TB Joshua's Synagogue Church of All Nations (SCOAN) in Nigeria. Kazungu, talked about his past life before he got saved.

In the video that was documented on the church's YouTube account (Emmanuel TV), the politician speaks of how his thirst for power drove him crazy to the point that he went to a different country in order to get help from a witch doctor.

'I come from a very poor family and to make matters worse my father married four wives and with each wife he had ten kids which became a challenge trying to live by and resulted to my father telling my mom and stepmothers to fend for themselves and their children as well. It made my mother and stepmothers move to the interior in search of food for their children,' he narrated before the congregation.

Later on in life, I was able to get a job at a local club as a guide, supervisor and waiter. However, after getting the job I started developing the habit of sleeping around with various women, ten in a day to be exact. My nickname used to be ‘Star Man’ since after every guest arrival I used to sleep with 3 to 10 women.

Because of sleeping around I have 25 children from different parts of the world. Some are from the United States of America, the United Kingdom, Israel, India and Columbia.

Kazungu also revealed that he used to seek powers witchdoctors to prosper in life.

I used to seek powers from witch doctors whereby they used to give me charms which I was applying on my hands rub them together and every time I  went to say hey to a lady and shake their hand, they used to look for me, share one or two kisses and get into ‘business’.

But things fell apart when the politician unsuccessfully vied for a parliamentary seat in the previous elections.

I later on decided to get into politics whereby I used black magic to be able to get the position of Ward representative (MCA) and also Counselor. The last election I wanted to become a member of parliament and decided to take a trip to Tanzania to meet up with another witch doctor so that he can help me get that position.

I gave strict instructions that I must get that position and the witch doctor told me if I go and come back I’ll have gotten that position, I will have a good testimony of how black magic has helped me.

The witch doctor called upon his gods and they came in different forms. One came in form of  donkeys another a snakes and the other one came with a human face. They sat together in the bush and discussed as they came to an agreement. I saw those spirits and even got the opportunity to talk to them and afterwards I went back to Kenya.

Unfortunately I didn’t get that seat, they failed me and at that time I was in a bad state. I had used close to 50 million Kenyan shillings on the witch doctors and the only money which I remained with was seventy thousand Kenya shillings.

I had to change and was wondering what next after going through all that, then one day when I was seated with my wife in the house she introduced me to Emmanuel TV where I saw the Prophet TB Joshua and since then wanted to come to this church and that’s why I am here today. If anyone out there is in a similar situation to which i was in, come here to be prayed for so that you be set free like me.

Below is the video