This is where it all begun! How Jacque Maribe and Jowie met 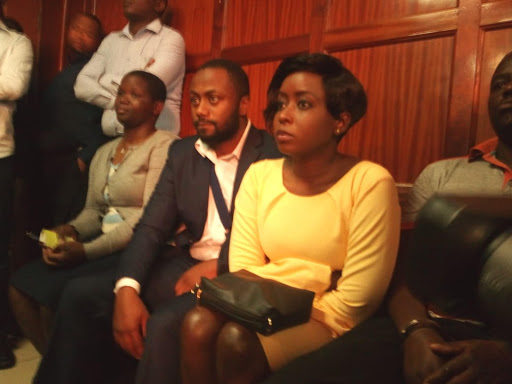 Jacque Maribe could probably be in a cell right now thinking, "Why did I meet this man in the first place?"

This man, of course, being Joseph Irungu alias Jowie to many of his 'friends' who just got Jacque Maribe in so much trouble.

The two have been charged with the murder of the slain Monica Kimani. They appeared in court on Monday after last weeks ruling where Jacque and Jowie were to be reprimanded to Lang'ata Women’s Prison and Industrial Area prison respectively.

The two appeared in another court today as their case on pleading for bail will be heard by a different judge.

So how did all this begin?

Jowie became famous just after he asked for her hand in marriage in a lavish all-denim party. The party where all her friends -except Kirigo- came together to help plan an engagement party in June to someone we and of course Jacque thought would be her "death do her part".

amevaa suti fresh leo! The demeanor and dressing of Jacque and her fiance in court

From the time Monica Kimani was found dead on the 21st of September, life has taken a huge turn for the worst for Jacque and Jowie.

Today the two appeared in court for the mention of their bail and the case has been pushed to next week Wednesday the 24th of September to be heard by James Wakiaga.