Rest with the angels! John Macharia to be laid to rest in Gatanga, Murang'a county in private ceremony 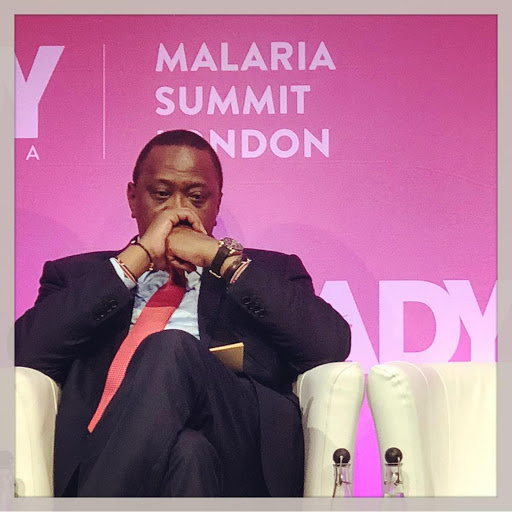 John Macharia, the late son of media mogul SK Macharia will be laid to rest today at his father's home in Gatanga constituency, Murang'a county.

The late, who is survived by a son, was involved in a grisly road accident along the Southern bypass last Friday. He was rushed to Karen hospital where he passed away.

John Macharia was in the company of a woman believed to be his girlfriend, who survived the crash.

According to our close source at Royal Media Services, the funeral is low key and only a few people have been invited to the burial ceremony.

"Only top management are in the know about the burial arrangements."

When the accident occurred, Citizen TV and its sister stations have not reported anything about it. It seems they have respected the privacy of their boss.

Macharia's family is yet to speak out following their son's untimely death and yesterday, there was the viewing of the body at Lee funeral home.

Maina Kageni, the cousin to John, confirmed that he was attending the burial live on air.

"R.I.P John Macharia.... you were a tough authority to us growing up!!! You demanded discipline, you demanded that we (especially Karanja and I) take responsibility for our daring actions like stealing Mum's car to go clubbing!! You made it clear that you were The Don, and, my goodness, woe unto us any time we disobeyed you!!! But you taught us some life lessons that remain with me today... and when we were all done with the teenage rampage, you were the first person to show us the way to growing up mentally......

You had a great business mind and always asked me THAT question - "are you better off now financially than you were at this time last year?" You made a wonderful life for yourself and were a great example of how hard work and dedication is so rewarding..... Sleep well, Big Man.

You leave a wonderful son, a mother who doted on you, a father who RESPECTED you, a brother who obeyed and always looked up to you, two sisters who simply adored you and a wider family.

Personally, mine is to thank you for the lessons, the craziness growing up, the advice, the mentorship, the friendship and for always looking out for us... Mum, Ciku, Muturi and I will miss you very much too..... but we're grateful that you were in our lives... Rest well..... Shalom," read Maina's tribute to his cousin.

Uhuru Kenyatta will also attend the funeral service and our source has intimidated that no one is allowed to take photographs.

We will post the photos of the funeral once we have them.
We at Mpasho pray for the bereaved family. 2 Timothy 4:7.
"I have fought the good fight, I have finished the race, I have kept the faith."