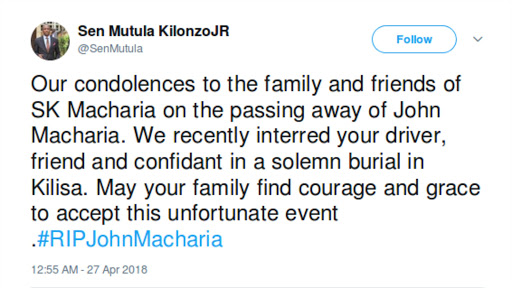 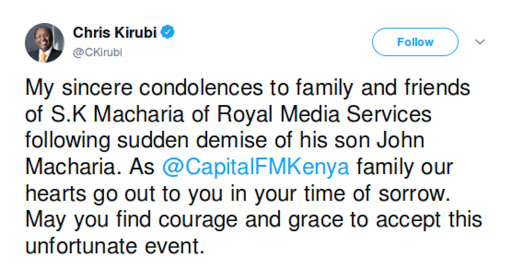 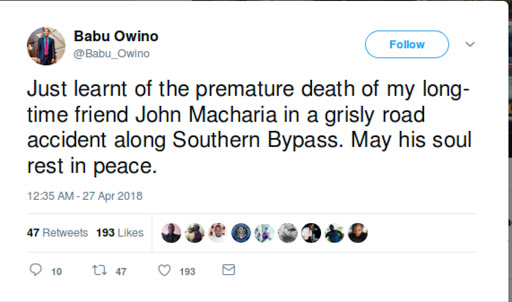 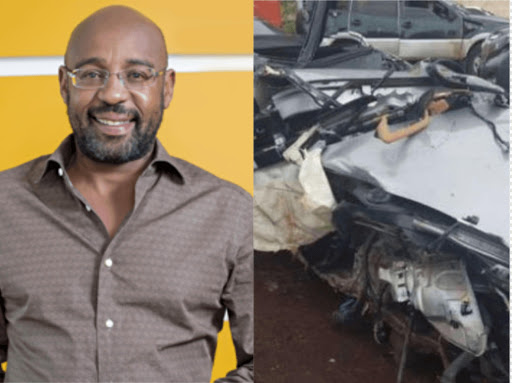 John Macharia, son of businessman mogul and Royal Media Services chairman SK Macharia has died after he was involved in a road accident along the Southern bypass last evening.

A female passenger who was with him, however, escaped unscathed.

John, died at Karen hospital where he had been rushed after the accident.

Other Celebrities and politicians have come out to condole with the family among them Chris Kirubi, Senator Mutula Kilonzo Jnr among others.