'I failed my family and I'm trying to work out things,' confesses Oliver Mathenge in moving interview 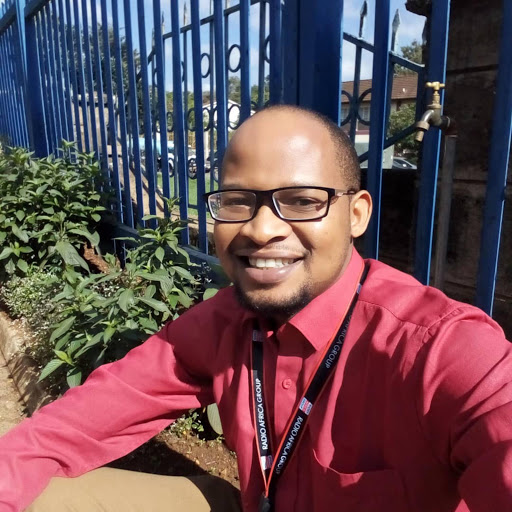 Radio Africa digital editor Oliver Mathenge is a recovering alcoholic. For the first time, he has spoken about his addiction, which twice drove him to attempt suicide.

The soft-spoken boss quit drinking a few months ago, and he tweeted that he has finally marked 100 days of soberness.

"For two years, I struggled with the urge to be high, and since I do not do any drugs, alcohol was a quick solution. I had given up on life in a manner that pushed me to escape reality and seek to avoid everyday challenges. I could not survive a day without alcohol, unless I was too hangovered to get out of bed," Oliver wrote.

"In between the day in the office, I would go out to have a few shots of whatever drink I thought my system needed. Some Fridays, drinking would start as early as midday and would sometime go on until Sunday."

"During those 100 days, something stressful came up and I needed a drink, but I kept telling myself, 'You're in this for a reason. If you go back you're going to suffer.' I didn't want to go through what I was going through the previous year."

While battling alcoholism, Oliver says his lowest moments were: "Putting the post on Twitter, trying to take my life twice, and not being there for my family — letting them down — and not working as required by the management.

"I tried to take my life twice. I lost friends because I could not be there for them unless there was alcohol involved. I also had friends who were cheering me on as I wasted my life, which was seemingly coming to a halt. Alcohol took a lot from me. It took control of me."

"Family has always important to me but I wasn't there. Not being able to meet my responsibilities to my wife, parents and even to my friends where I could never show up for my pals most important events.

I failed to stand up for friends AND family. And that used to kill me. That would happen probably when I was out drinking or hangovered and would feel guilty and then decide to have a drink to kill that guilt," he explained.

"My family suffered a lot during those two years. It reached a point I couldn't afford medical for my father and mother. It also got to a point where I couldn't even buy a shirt but would get money for alcohol. I used to borrow a lot to sustain my lifestyle, because I wanted to show people I'm ok, happy and I was using alcohol to leave a certain kind of life but deep inside I was hurting."

But what was going through his mind when he tried to commit suicide?

"I felt alone. Life was no longer what I wanted it to be. I had set too many goals for myself and couldn't manage them. I disappointed so many people in my life, both at work and family. I was at my lowest where I felt I really needed to get away from all this that's going on and the best way is exit. I never told anyone about it and tried but it didn't work. God had a reason as to why."

Oliver said he sunk into debt and he's now trying to clear it.

"I WAS BREAKING DOWN. I MESSED UP FAMILY AND SOCIAL RELATIONSHIPS. I WAS MESSING UP MY JOB (UNTIL GOD DECIDED I NEEDED GREATER RESPONSIBILITIES TO KEEP ME IN CHECK). I SUFFERED UNCOUNTABLE MELTDOWNS. I SUNK INTO DEBT (DEEP – AS IN DEEP TO HUNDREDS OF THOUSANDS) AS I SOUGHT TO FINANCE A CHAMPAGNE LIFE ON BEER MONEY."

He decided to take a different path and give life a second try, and he says he's working on fixing his past life. He's looking forward to growing the Radio Africa digital team and says he is aiming on being the top in Africa.