2018 Apana Tambua Upus!! I believe In Not Facilitating Bae To Cheat On Me! Shaffie Weru 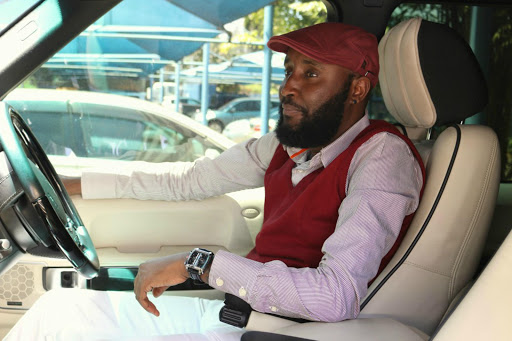 February the month of Quickies! February waits for no man/woman. As soon as you blink, the month is gone… February, unlike the 60 days of January, feels like it only has 15 days plus Valentine’s Day! Talking of Valentine’s, 2018 was all about hard love! SA President Jacob Xuma spent his love day clearing his office…Kalonzo was eating watermelons as he openly declared his swearing in ceremony is illegal! The AG quit his job, en Parliament has approved the nine CS nominees…

Still on Valentine’s, cars were the trend this year, with many who believed were in love deciding to buy something more than flowers and chocolates… Why anyone would buy their boyfriend or girlfriend a car on Valentine’s is still a mystery to #TheRaverend!

Eric Omondi, I’m talking to you. This is free advice. I believe in not helping\facilitating bae to cheat on me, so I’m very practical. The sh*t I get her will not en shall not be used against me. That’s #TheRaverend’s motto! It’s like buying your woman an expensive Smartphone as a gift….That’s a very dangerous idea, because your just facilitating her ability to send nudes in HD/4K to her side nigga!

That car that you got her now means she will be the target of all Ben 10s, en very soon, the Ben10 will be driving her in your absence! Her girlfriends will start inviting her for all sorts of plans because you made her mobile, en more plans increase the number of chances of meeting other dudes! It’s simple math, don’t spend your hard-earned cash to impress your bae… Men need to learn to be stingy, so that you never expose her to temptation…

Never reinvent the wheel, do it like the Romans, don’t be better than the Romans… The flowers and chocolate are the standard operating procedure… Going above and beyond never works with human beings or mammals… So always play it safe when it comes to matters love because love never comes with any assurance… If world leaders can bite the dust, what about you the leader of nothing, not even a fictional leader of “Wakanda”. Life is unfair and full of surprises, so expect the worst from life, and you will live happily ever after. Be a “Positive Negativist” just Like #TheRaverend, so that no matter how many lemons life throws at you… You will always be ready!!!

Another thing I learned this Valentine’s is that guys who are single enjoy Valentine’s Day more, because the pressure is less and you save time and money… Chances of a single guy getting laid on Valentine’s Day or post-Valentines is very high…With so many damzel’s in distress outchea, the single gang are reaping where they never sowed… All this is as a result of overexpectations during valentines!

Truth be told about Valentine’s, #TheRaverend felt a “Kiwaru”, seeing most Kenyans receive gifts, spending quality time with their better half, etc… The hawkers en social media didn’t help my situation, with the colour red now ranked as the worst colour in my book! Thank God Valentine’s is only a few hours. If it lasted longer than a day, Nigejinyonga na Big G!!!

Tonight I’m preying on damzel’s who got played/snaked during Valentine’s en are looking for a shoulder to lean on! I’m your guy…I come with expensive discounted chocolates, en semi-fresh roses just for YOU!