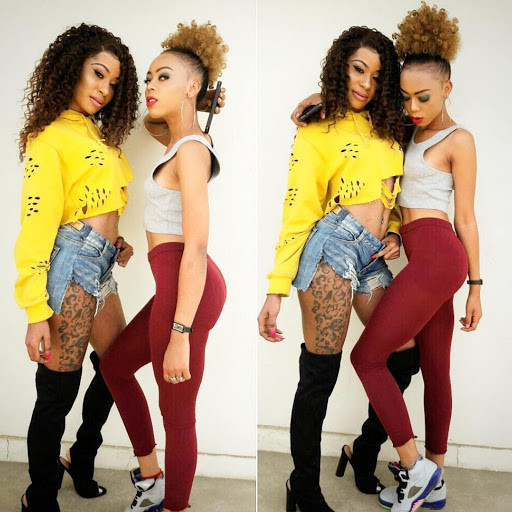 Noti Flow might just be taking the route Cardie B is on. Noti Flow took the reality show path which clearly gave her more fame.

Now she is releasing song after song and they seem to be getting more views than her previous ones were. So the reality show thing is working for her.

Early 2016, she was rumoured to be dating a girl which ended up in a very dirty way. She did not come out to defend herself but later we saw her dating Mr. Lipunda, Mustafa. This then sparked more rumours saying she is bi-sexual.

In an exclusive interview with Mpasho, she said she has never been a lesbian and the girl was beefing with her based on other personal issues and that was the only way the girl though would get Noti's attention.

The story went on the downlow and we focused on herself in Nairobi D and her love life with either Mustafa or Prezzo. 2018 is still a fresh year and she is already making the internet go crazy.

Noti Flow has released a new video, 100 Barz where she might just have confessed she is an actual lesbian and she is coming for your girl first!

Turn your bitch to a lesbian she wants my name 🎵👅🔫

I am not one to conclude much, but the information is out here, it's up to you to make your conclusion.