Soo heartbreaking. Read the story of Grace Akinyi, the poor girl who trekked to her dream school where DP Ruto's wife schooled 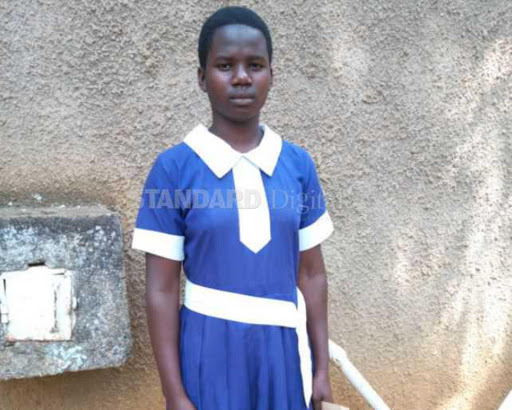 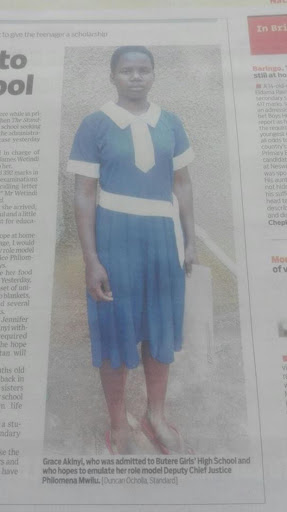 They say education is key and Grace Akinyi Owino, a young girl from Busia county is among the few who deeply understands this.

The 15-year-old, who scored 392 marks out of the possible 500 in last year’s KCPE examinations trekked all the way from her village to the school of her dream, Butere Girls where the likes of DP Ruro's wife Rachel chewed books.

According to a story published in the Standard, Akinyi, dressed in her former Primary School uniform and red worn-out sandals, left Nasira village and walked for about five kilometres to Nambale town in Busia County. From Nambale she then took a matatu using part of the sh200 her former primary school senior teacher had given her to another town about 30km away. After alighting she then trekked again for another three kilometres to Butere Girls.

"My former senior teacher Joseph Wesonga had given me Sh200 and wished me well. I asked my mother to pray for me before setting off on my journey at around 5am on Tuesday," she narrated.

The bright student was not accompanied by her mother like any other student joining high school and Akinyi's mother told the Standard that she was too weak and gave her daughter the only sh10 she had.

"I thought she was just joking but didn’t want to stand in her way," she said before adding

"I was left without a single cent in the pocket."

She arrived at her dream school very tired and her legs were swollen but she was happy to be at the well of knowledge.

Akinyi, lost her father when she was six months old in 2003 and her four elder sisters dropped out of school to get married after life became unbearable.

"I am not ready to take the direction my elder sisters and many of my colleagues have taken," she said.

The poor girl, who looks up to deputy chief justice Philomena Mwilu is convinced that one day she will make a great citizen of this nation and serve Kenyans wholeheartedly.

"I am the only hope at home and the entire village, I would wish to emulate my role model Deputy Chief Justice Philomena Mwilu."