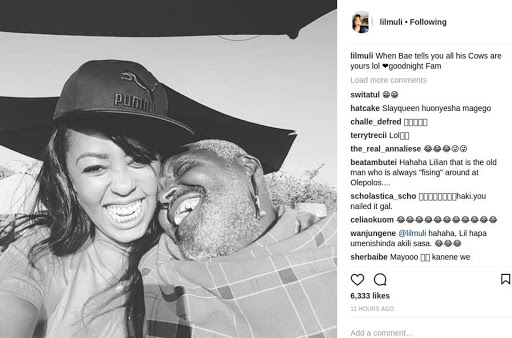 Lilian Muli is one of the most popular news anchors on Citizen TV and she has always had a controversial love life that has spawned many rumours.

However, the one time when she was really involved in a scandal, her relationship wasn't the cause, or rather, her romantic relationships weren't the cause of the scandal but .

This time however, she features on Mpasho for a very happy reason: she is in love with an Maasai gentleman who looks like he can still remember the good old days when he could roam with his cows across the border into Tanzania without having to ear that his cattle would be auctioned.