Exclusive! Nicah The Queen Opens Up About Cheating Rumors (Audio) 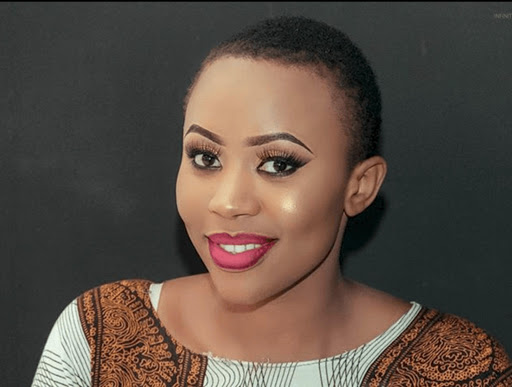 Nicah the queen is a female gospel artiste. Apart from being blessed with a voice, she is also blessed with two beautiful daughters and one of them is Dr. Ofweneke's biological daughter.

There have been rumors making rounds that he has not been taking care of his child. Talking to Mpasho, the sexy singer rejected the rumors saying that Dr. Ofweneke takes care of the baby they had together.

"He does take care of the younger one. He has been there. Thats all I can say. Our relationship is okay because when you have kids together no matter your differences, our babies need both of us. We relate very well because of our kids, and that is amazing. In short we are good co-parents."

She explained that the kids do not understand what is going on. They still see their father during the weekend and they have never asked Nicah anything concerning the break up.

"Maybe with time when they grow up and they start to understand stuff they will come and ask by then we will have the answers."

When asked if there is any hopes of her getting back with Dr. Ofweneke she said;

"I don't know but for now we are happy with where we are. What matters is happiness. If we are both happy we can bring up the kids right."

Nicah also talked about her co-parenting issue and how it has been. She explained that the secret behind their co parenting is understanding where they are and their situation.

"When it comes to parenting its not about me or him its about the baby. And no matter what happened between us the babies are innocent and they deserver both our love so we just sacrifice for the baby. The babies don't care what ofweneke did wrong or I did wrong. They just know this is my dad this is my mum and that's it."

It's been a year and 3 months since they broke up. She clarified that they broke up last year but the news leaked to the public this year.

"I have been single for a year now so thats enough time for me to heal. So am open if love comes let it come."

She cleared the record and said that she has never cheated on her ex.

"I have never cheated on my ex, I have been a good wife and he knows it. I was a faithful wife, I was a good mother but we just fell out."

She said that people try to figure her out or try to show how they know her but at the end of the day it is only her and Ofweneke who know what happened.

Nicah is currently on a media tour promoting her new single titled, Naringa