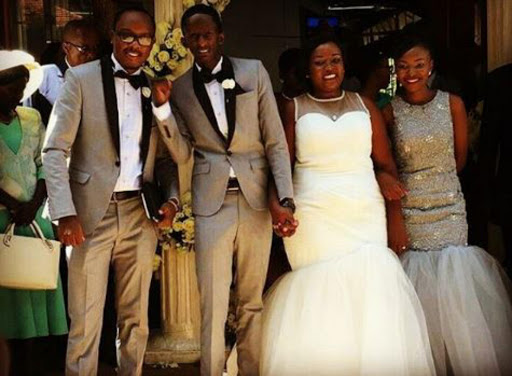 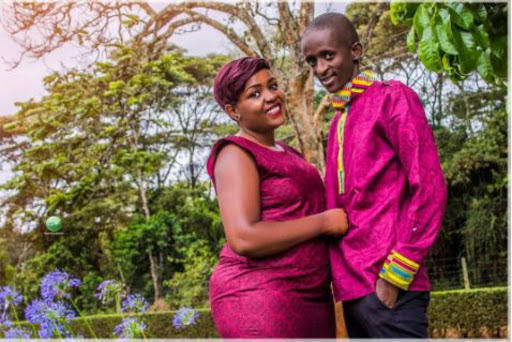 Heavily pregnant Celestine Ndinda, comedian Njugush's wife has come out to show city women how lucky she is to be in his arms.

The two who have been flaunting each other on the social media platforms and it is obvious they are head over heels in love with each other.

"I am absolutely positive that I have the best husband ever. 💏...This far we give God the glory.

The two got married late last year and are expecting baby number one in weeks to come.

During Ndinda's birthday, the comedian wrote a lengthy open letter to her telling the World know how far the two have come

"This woman has been soo good to me.

This lady always held me down.I was so broke that at times couldn’t afford supper. She’d always save her college pocket money for that.She’d go to githurai market and do some shopping for the house. Lol yani she’s that day one.

I was so broke that on her birthdays i used to kill my family members bana “babe nimepigiwa simu kuna uncle wa cousin ya aunt ya cucu wa beste ya mwalimu wangu wa nursery amepass…….. Exams” lol nisiitishwe treat aki.

but she understood, the heart really wanted to treat her lakini mfuko ilikua petition.

She told me because we gonna be together for long hizo birthday nitalipia tu loool and she was categorical that she’d want one of those birthday’s iwe dubai.

Iv never seen a mgenge lady such as she . I rem one day she came to my kabedsitter pale transami, a neighbours’ laptop had been stolen.physical searches were being conducted house to house, now it was my bedsitter’s turn.

For real she kept me on my toes. Yani i had to make it or make it. I haven’t reached there yet but i thank God so far. He’s been amazing like i can’t say enough.

I don’t know if there’s nothing i wouldn’t do for her, including kushika room😂. Brothers and sisters never get tired of those humble beginnings

Happy birthday Celestine thanks for taking care of me,