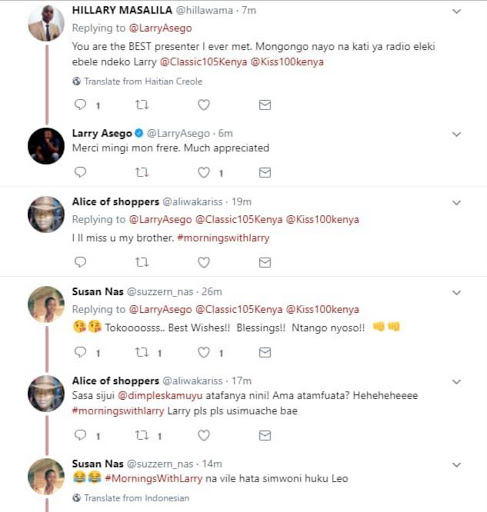 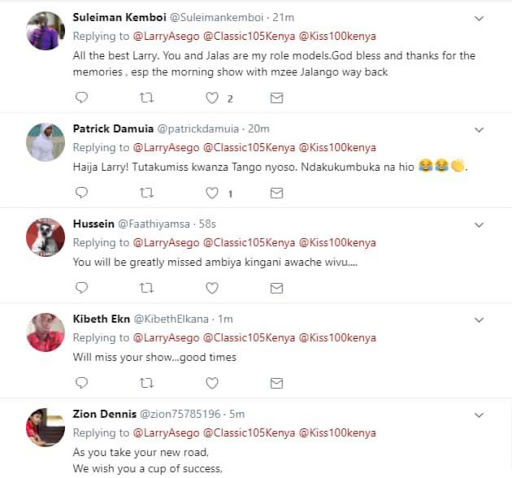 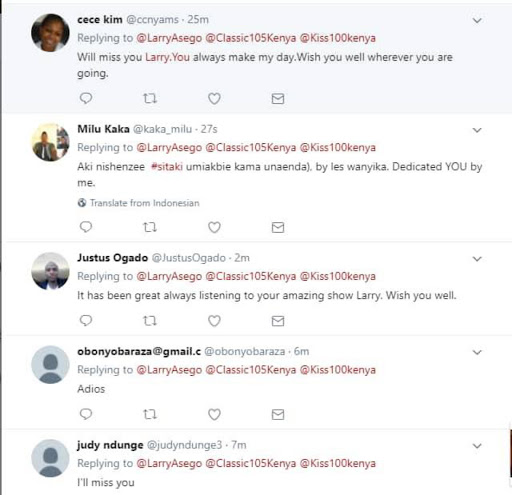 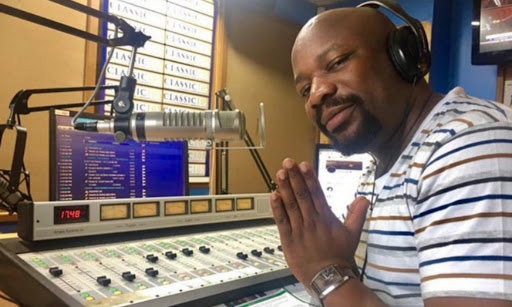 Veteran radio presenter and photographer Larry Asego has called it a day at Classic 105 the home of great hits.

The award winning journalist who has worked at the Waiyaki Way based radio station, announced on air yesterday morning that he was leaving the station to pursue other things.

Larry always left many especially Lingala music fans yearning for more anytime he hosted the drive show or stepped in to the morning show with King'ang'i whenever Maina Kageni was absent. For the decade he has been in the radio industry, Asego managed to create a niche for himself in the flooded showbiz industry.

He took to social media to bid her fans goodbye and here is what he wrote;

"Has it been 10yrs already? Ama nimehesabu vibaya? 🤔🤔🤔Let me say thank you very much for the opportunity."

Well, fans of the number one and most listened to radio station among them Radio Jambo's breakfast show host Jacob 'Ghost' Mulee wished him well in his future endeavors.

1. Jacob: Boss you are à great presenter the little Times l listen to you

N/B: Larry worked at Kiss 100 for 5 years before moving to Classic 105 (both stations are owned by Radio Africa Group).