MUACHE UJINGA! Lillian Muli Savagely Attacks Haters Who Think That News Anchors Should Not Have A Life Away From The Newsroom 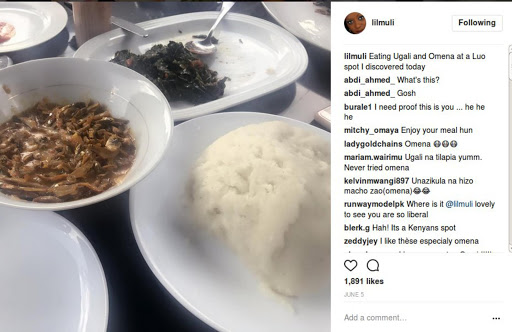 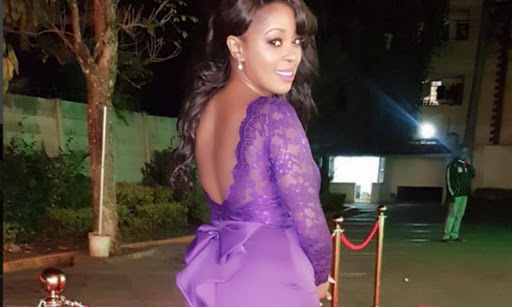 A celebrity is someone who is famous, especially in areas of entertainment such as films, music, writing, or sport.

But in Kenya or rather to Kenyans, a celebrity is anyone who appears on TV, one who thrives on controversies such as socialites, one who has a couple of thousands of fans on social media.

Well, sexy TV siren Lillian Muli is a not a happy woman.

The Citizen TV's senior presenter who often makes headlines for both the positive and negative reasons, has told off haters and paparazzi who poke their noses in people's lives especially those of News anchors.

The furious mother of one has stated that she is not a celebrity and people should just give her a break. She is a human being and she is entitled to live her life.

The multi-talented media personality recently posted a photo enjoying omena and ugali which elicited mixed reactions with some claiming that she was too classy to eat such a meal.

Others even speculated that she had gone broke.

Lillian has clearly stated that what she eats, wears and of course what she does with her life is none of your business.

"I'm always the last person to learn about what's been said about me I hear they call it trolling I simply learnt to shut my ears to nonsense. Having said that I find it extremely offensive that some people think News Anchors should not have a life away from the Newsroom...so you are human and we are Robots? I actually heard someone saying "we try to be celebrities" ...help me understand what that means exactly? CELEWHAT??? That's an extremely dumb statement.

Anyway as you live your lives trust me I will continue living mine and if you stalk or follow me on social media you will learn to accept that this...my Life...happens to be mine NOT YOURS so if it upsets you when my dress shows cleavage or I eat omena at a local you'd better check yourself and ask yourself why you're all up in my business in the first place...maybe I'm your celebrity and you are my biggest fan just in denial ?!!! I will probably wear that dress I Love so much again and eat that fish again. Not trying to be anything but me! ✌️ Be nice! Ama namna gani.