Myths and misconceptions of HIV/AIDS infection and transmission #JiPrEP 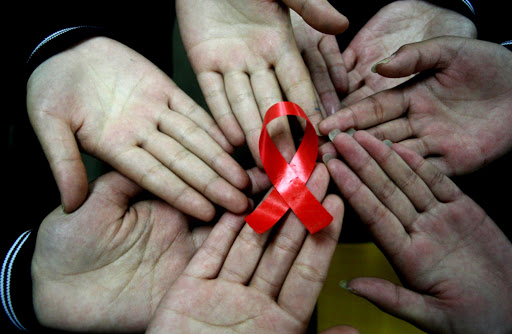 Myths and misconceptions about HIV and AIDS have been around since the pandemic was first announced. Initially, these myths stemmed largely from the lack of information on this "new" disease at the time.

New myths have emerged despite the availability of more accurate information on HIV. These new myths also create problems with prevention as people unknowingly put themselves at risk to contract the virus.

What are the myths?

A number of these are as unfortunate as you can imagine while others are simply ridiculous. We won't put them in point form because it's easier to read this way.

Some people think HIV/AIDS is a black person's disease only. Some people think that HIV was engineered by governments of super-power countries in order to exterminate Africans, African Americans and homosexuals.

Others think that HIV was sent by God as punishment for sin.

There are also misconceptions that only promiscuous people will get HIV, that a woman cannot transmit HIV to a man, that people who have HIV look sickly or have some type of different smell. There's also the misconception that HIV does not cause AIDS.

One absolutely dangerous misconception about transmission is that two HIV positive people don't need to use condoms if they have intercourse. Why is it dangerous? Simply because infection with multiple strains of the virus can occur.

Many myths are also as a result of Paranoia. For example, that HIV-Positive criminals are lurking, ready to stab victims or that you can catch AIDS from a toilet seat. Some people think that hugging an HIV-infected person will lead to infection.

People also believe that HIV can be transmitted through kissing, or eating from the plate of an infected person.

If you're an avid reader, you may have come across this very popular myth among prostitutes in Malaysia. According to Sarawak AIDS Network, or SAN, “prostitutes and their customers shake up a can of coca cola and spray their genitals before sex”. The belief is that the bubbles in the soda will kill the virus. Dr. Andrew Kiyu, a SAN member, said that this myth likely emerged because people have seen doctors use detergent to cleanse the wounds of patients.

What's the best way to know about HIV infection?

Ignorance is not bliss. It helps to be educated and get to know what the virus really is.

HIV can only be transmitted from an infected person to another through direct contact of bodily fluids such as:

To avoid getting HIV

HIV is a virus that infects people by getting inside their blood cells. To avoid getting HIV, you must prevent the blood, semen, vaginal fluids, or breast milk of someone who is infected from entering your body through your mouth, vagina, anus, tip of your penis, or breaks in your skin.

If you live a lifestyle that exposes you to a high risk of HIV infection, then PrEP is encouraged.

Pre-exposure prophylaxis (or PrEP) is when people at very high risk for HIV take HIV medicines daily to lower their chances of getting infected. PrEP can stop HIV from taking hold and spreading throughout your body. It is highly effective for preventing HIV if used as prescribed, but it is much less effective when not taken consistently.

Should I consider Taking PrEP?

PrEP is for people without HIV who are at very high risk for getting it from sex or injection drug use. PrEP is also recommended for consideration to people who are HIV-negative and in an ongoing sexual relationship with an HIV-positive partner.

If you have a partner who is HIV-positive and are considering getting pregnant, talk to your doctor about PrEP if you’re not already taking it. PrEP may be an option to help protect you and your baby from getting HIV infection while you try to get pregnant, during pregnancy, or while breastfeeding.

Because PrEP involves daily medication and regular visits to a health care provider, it may not be right for everyone. And PrEP may cause side effects like nausea in some people, but these generally subside over time.

For more information, see the and get informed.