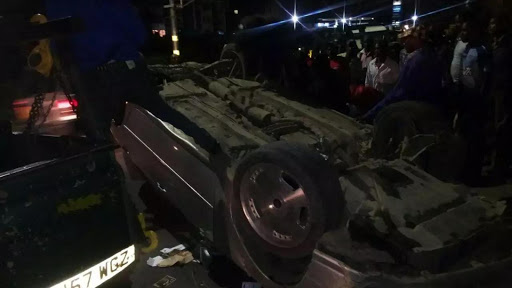 The fate of Gloria Muliro's ex-husband Eric Omba is still unknown after he got involved in a tragic road accident along Thika Road over the weekend.

According to reports, the CEO of Spotlight Media was from meeting a friend at Thika Road Mall (TRM) when his Toyota Mark II veered off the road before rolling three times.

It is further reported that Omba was rushed to a nearby hospital after the crash. His family had not issued a statement on statement by press time.

Although his fate is still not known, we can only hope that he is in a stable condition and he will get back on his feet soon.

Here is the photo: