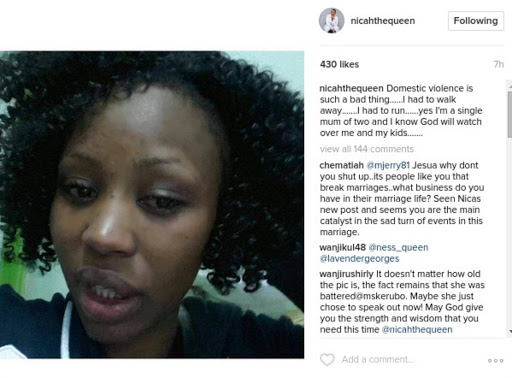 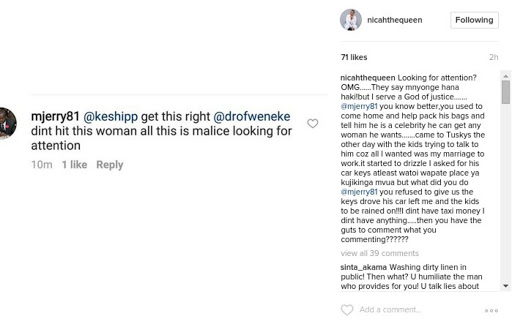 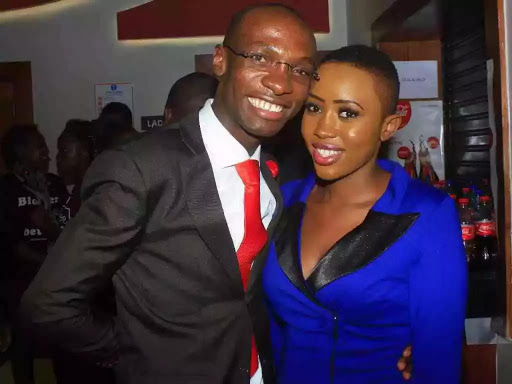 They say the truth always has a way of coming out. After trying to sweep things under the carpet for some time now, comedian Sande Bush better known as Dr. Ofweneke has been exposed as a batterer.

Sometime in January, a little bird told us that things were not rosy between him and his wife Veronicah Wanja alias Nicah The Queen. Apparently, the funny man and Nicah who is a gospel musician had stopped living together, there were also claims of domestic violence.

When Mpasho reached him for comment in regard to the story, Dr. Ofweneke threatened to go to court adding that he had "a team of lawyers on stand by."

That was then! Things were quiet for a while but anyone who follows either of the two on social media could not help but notice that they had stopped posting each others' photos and gushing over one another, as was their 'tradition' a few months ago.

Yesterday, Nicah shocked her fans after posting a photo that showed her looking a little bit roughed up. The caption seemed to imply that she was beaten up by her husband.

The "Ushuhuda" singer also said that she is a "single mum of two and trusted that God will watch over her and the children."

This is what she posted.

Later on, Nicah dragged a gentleman who goes by the name Michael Jerry into their mess. She accused him of being behind their woes saying he would come to their home and help Dr. Ofweneke pack telling him that he "can get any woman because he's a celebrity."

But that's not all she said about him. Nicah also said that she had met up her husband at a local supermarket because she was really trying to make things work but Michael let her get rained on after driving off with the car and she was with her children mind you.