KESI YA PAKA MZEE! See The Viral Photo Of Raila Odinga Hanging Out With A Young SEXY Lass 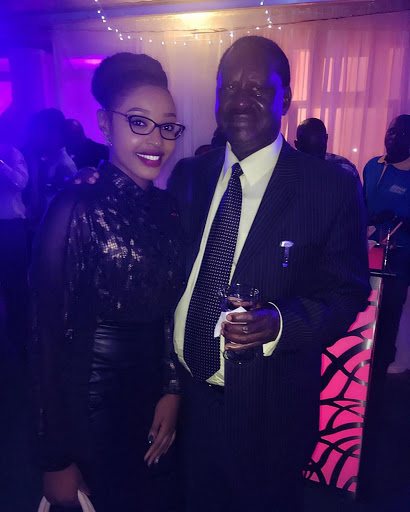 Now, ODM leader and presidential aspirant Raila Amolo Odinga has once again left tongues wagging after a photo of him having some chilled out moments with a sexy yellow yellow went viral!!

It is not clear whether the two just posed for a photo or they were actually out together having some pretty time.

Last year, the 72-year-old Kenyan political enigma made headlines when he went clubbing in Kampala and pictured dancing with younger Ugandan women!

”He was dancing with one chubby babe before turning his attention to another yellow-thighed chic and before he could blink twice, he spot Mutaasa Kafeero’s wife dancing on the sideways.  He couldn’t stop looking at her,” a source told Red Pepper.

Just yesterday, the former Prime Minister's wife Ida Odinga was on record saying that she had vowed to

See the viral photo below: