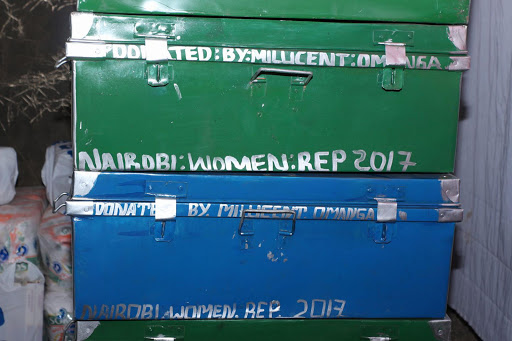 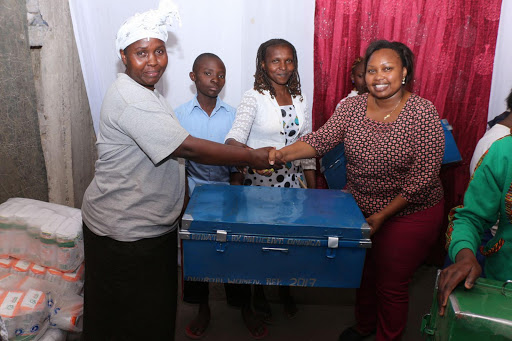 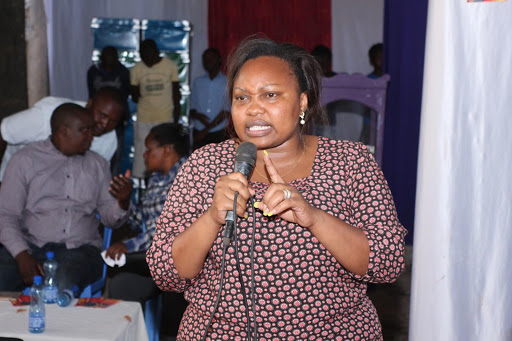 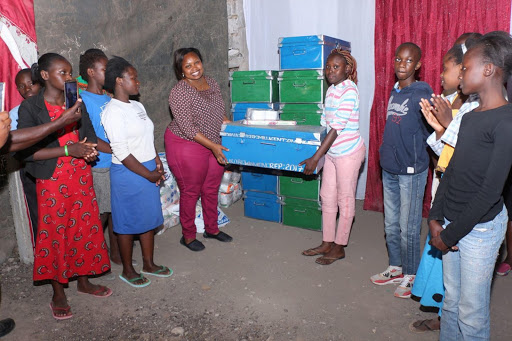 Millicent Omanga is one of the Nairobi 'baibes' aspiring to contest for a political seat in Nairobi in the upcoming General Elections.

She will be seeking to unseat Rachel Shebesh from the Nairobi Woman Representative seat come August.

However, she found herself on the wrong side of Kenyans on Wednesday, January 4th, 2017, after her gesture of 'kindness' got a section of them angry.

Social media users on Wednesday went ham on the politician after her donation of metal boxes to needy Form one students that had her name written in caps irked a good number of them.

Millicent Omanga posted photos of her donating the boxes as her gift to dozens of children from Embakasi ward.

"As our children get back to school and others move to the next level of Education, It is also our duty as parents to ensure that we have made that possible. I donated boxes, shopping and fees to needy children of Embakasi ward who had done very well in the just concluded KCPE exams and are now joining form one. Education is the key so let's empower our children #MsupaNaWorks, Mama Tosha Nairobi."

The children were pictured alongside the aspirant who handed a metal box to each of them before addressing the students and their parents.

One user on Facebook Nina Sylvan wrote: "Seriously Milly, I thought you are learned, how do you donate metal boxes with your name on them? Why degrade and lower these girls self-esteem. This is a mockery. When you give, please learn to give in a good way, not advertising yourself of what you have given out. #feelingdissappointed"

Dan Amdavi Mulati posted: "What kind of joke is this?? They should let you go back with this ugly branded boxes!!"

Zablon Theuri wrote: "Good gesture only that the wording isn't neccessary. fellow students can use that do degrade the recepient (sic)."

Elsie Nthiga posted: "I think this is wrong. Why should you put such writing on a students box. She can't even be confident walking around with it ikiwa imeandikwa ni ya donation."

Lawrence Gatitu Mbugua noted: "Its foolish to donate boxes with names...but I know students will rab them (sic)"