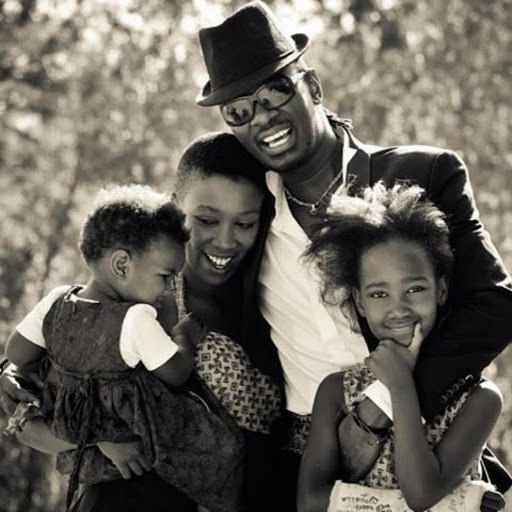 Celebrities also have a normal life like you and me. Singer Wahu proves that by posting a long article about how discipline is conducted in her household.

Wahu Kagwi is married to fellow musician super star Nameless, together they are blessed with two kids, Tumiso and Nyakio.

Read in detail how Wahu applies the Bible's advice on "Spare the rod, spoil the child".

"Last night I heard my daughter, Nyakio, threatening my little dog, that if she didn’t stop barking, she would go to the naughty corner! Lol! It’s her new thing these days! Anyone or anything that upsets her is in danger of the naughty corner! Just proof that my new disciplinary tactics are working ( Hehehe!).

Anyways, as I’d mentioned in my previous blog, the naughty corner has no effect on my older girl, Tumiso. I actually realized it had stopped working when she was about 5 years old, when I caught her humming a happy tune, while she was supposed to be very sorrowful about being in the naughty corner. That’s when I knew I totally had to step things up, just a tad bit with her.

Even in our legal system, there is no blanket punishment for all crimes committed, right? A traffic offender will not be given the same punishment as an armed robber, true?

Well, I apply the same approach when it comes to taking discipline measures for my kids. I’ve gone ahead and split punishable acts into two; “capital crimes” and “lesser crimes.” For the Mathenges, capital crimes constitute disobedience, lying and disrespect. Tumiso is at an age where she knows that any of the above are wrong. So these we punish without a warning.

I however give her an opportunity ya kujitetea; its only fair . But if it is established that she committed a capital crime, then she definitely has 2-3 spankings on the butt, and possible withholding of priviledges. Now, before and after I spank, I ensure that I’ve explained the reason for the punishment. I also make her state the capital crime aloud, followed by an apology.

Lesser crimes in our house include forgetting to do her chores and/or not doing them well. Also not doing homework well, not respecting other peoples time and such like things. For these the discipline measure is to hold back her privileges, such as TV, going outside to play, gadget time (gadgets such as computer, play station or any other electronic games) etc. The magnitude of the lesser crime will dictate how many privileges are to be held back, and for how long.

I’ve also found it very important for my husband and I to not only be on the same page about what deserves what kind of punishment, but also to play good-cop bad-cop in our child discipline strategy. In as much as disciplinary measures on the kids are necessary, they need not feel like the entire universe is against them. Without compromising or belittling the magnitude of the crime, the “good cop” has to be approachable, and perhaps offer some kind of consolation to the child, while still upholding the discipline law.

I don’t know why, but I have found myself to be the bad cop almost always…:- ( Oh, well… it is what it is! Last time I left my husband to chapa Tumiso, both Tumiso and I gave him a joint “that’s-all-you’ve-got?” look ???? :-D). I guess dads aren’t great at disciplining girls. Lol!

Additionally, in our household, punishment is by mum and dad only – no one else. Absolutely. If any of my kids has done anything wrong in the absence of my hubby and I, our clear instructions to the kid’s minders is that we be informed of the “crime”. It is our discretion to thereafter gauge the scenario and decide on the discipline measures to administer. I think I’ve perfected this so much that “wait till mummy comes home” is enough of a threat to the kids :-D.