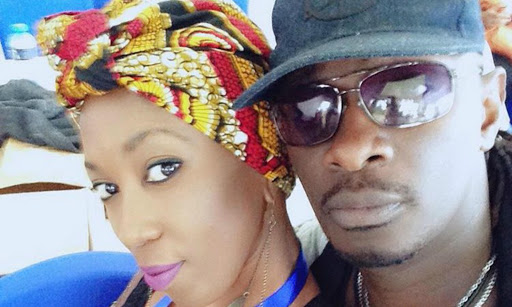 Nameless has been on our screens for a minute, creating genius compositions that have been well received by his audience, and has remained relevant in the music industry being one of the founding fathers of Genge and Kapuka. The Sinzia artiste has bagged numerous awards such as Kisima Awards, MTV Africa music awards, Channel O music awards among others.

He is married to fellow veteran artiste, Wahu Kagwi, who is also an award winning musician and a darling to many, having one of the most played music in history. She has also remained relevant in the industry, still dropping hits like Hadi lini alongside Sudi boy and DJ Creme.

The couple has been married for 11 years and still going strong, and their union has brought forth two beautiful girls Tumiso, 10 and Nyakio who’s 2. They are just as charming as their parents and being in a musical family, they seem to also be grooming themselves to become musicians as they accompany their father to the studio every now and then. They even have a band name dubbed Tumiko.

The couple has been known to invest wisely unlike many Kenyan musicians who end up going bankrupt after making it big, due to bad financial decisions. This couple has remained stable financially, both having their businesses up and running as well as their musical careers.

Nameless took to social media to reveal what could be their family’s retirement home. It is still under construction but it is large and beautiful. He received quite the congratulatory messages from his fans.

Check out the pic;