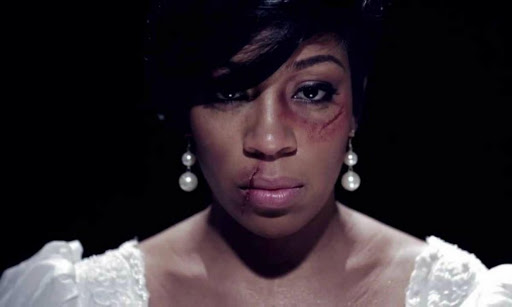 Domestic violence. That is such a heavy term that most people who are actively engaged in either being the perpetrators or victims do not realize it because they do not think their circumstances merit so heavy a tag.But the truth is, if you significant other slaps you, even once, that is domestic violence. And the justifications that come so naturally to us sometimes because of some of our African culture cannot excuse domestic violence.

I was speaking to a lass who made me realize that there are more forms of domestic violence than just physical abuse. According to her emotional abuse aswell as financially withdrawing your support to a spouse count as domestic abuse. I had never seen things this way.

That said, as soon as I was done having that convo, a thought occurred to me; many Kenyan celebrities have been accused by their spouses or been rumoured to have battered their significant others. So I sat down and came up with a list of the guys alleged to have been in violent relationships. Check out the list on the next page.

The guy was accused in a sensational open letter his brother in-law wrote... This followed weeks of speculation about whether or not Betty Kyallo had left him.

This homie twangad his lass in public and refused to accept culpability for his actions instead blaming her behaviour... They had been drinking at 1824 when this happened.

The accusations came as swiftly as the fists were alleged to have flown and the worst part is that he was alleged top have been violent towards a woman carrying his child. He however came out to deny the story.

This is one of the best rappers in Kenya. And anyone who thinks to argue is just a hater. And he actually comes off as quite a nice guy. That's why I was surprised to here his longterm girlfriend (slash) common law wife was seeking a separation and custody of their daughter.

It was also rumoured that things turned violent one night when she found out about an affair he had allegedly had.

Willy Paul is a bad boy -the east African equivalent of Justin Beiber really. So it should come as no surprise that he was accused of battering one of his women.

These allegations are the oldest on the list and they were made back when DNA was suffering from alcoholism. He has since turned his life around.