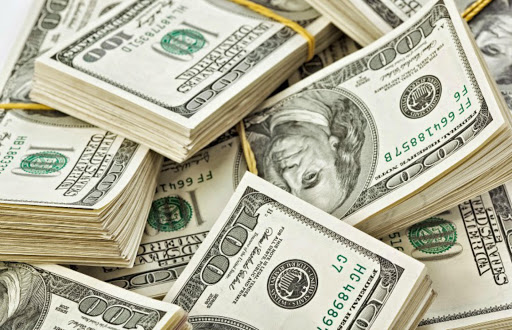 There is an Instagram account that gives a glimpse into the lives of some of London's wealthiest young people. It reveals private jet trips by the super rich kids, champagne baths and getting a Rolls Royce as a present for passing your driving test.

The Rich Kids of London Instagram account was set up by a 24-year-old property broker for super wealthy clients to share photos of the lavish lifestyles of his friends' and acquaintances.

'I know these wealthy people,' he told FEMAIL. 'I have spoken to them and now I hang out with all super rich kids at most exclusive clubs in Mayfair, Knightsbridge and Chelsea.

'People send me their photos and if I think they're good enough then I will post their submission.

'I set it up to motivate everyone to do well and achieve what they want. I get messages every day from people saying my page has made them work very hard to achieve their dream and want to aim for higher.'

He added that references to 'plebs' and 'peasants' are meant to be tongue-in-cheek.

A snap on Rich Kids London shows him lying on the carpet at the end of the steps of the exclusive transport.

'Vegas you destroyed me! London take me home,' he said.

Joe is by no means the only one who enjoys luxury air travel.

One rich kid submitted a snap of a private plane with a crying and a gun emoji, saying: 'Back to school.'

He added that the food was so good he had to bring it with him.

Another rich kid with a keen sense of humour sent in a snap, saying: 'The little plane, really dad?'

Someone else was unhappy because they had crashed the Aston Martin and were now driving a Bentley.

But another lucky child of wealthy parents was happier when they received a Rolls Royce as a present for passing their driving test.

Prince of Seoul also did well out of a resonably good school report.

Joel Attwal was also pretty happy with himself for having 'more options than Tinder' in a photo showing his collection of more than half a dozen keys to luxury cars including a Ferrari and A Mercedes.

Meanwhile actor and director Alb An took the chance to show off his collection of baseball caps, lined up against wads of £20 and £50 notes.

Another friend of the creator couldn't resist sowing off their watch against a Rolls Royce, with the caption: 'Plebs see me rollin'. They hating.'