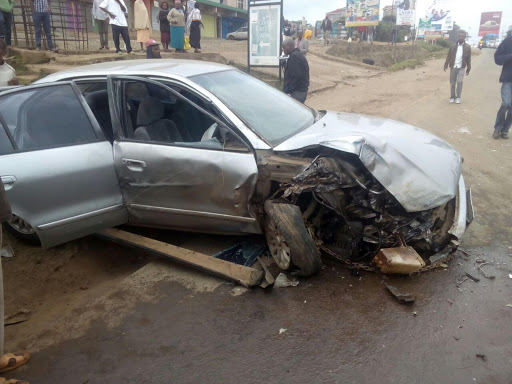 I came across a rather interesting story in the Standard today that I just had to syndicate. It was about Timmy Dat and his hitherto unknown connection to Kristoff.

You see, Timmy was involved in an accident over the weekend that could have been far worse, but thankfully no one was left with any life threatening injuries. So moving right along, he was in the car with a female rapper, who was later identified as Kush Tracey, one of the women involved in a fight (ALLEGEDLY) over Kristoff's love.

Well, she moved on. And she landed right on Timmy Dat's lap. And the pair are happy with each other and reportedly even live together in Rongai - as man and wife. Well, sort of. Anyway, this is them enjoying each other's company: