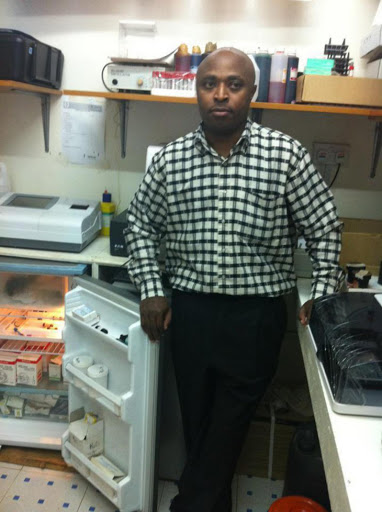 Mugo Wa Wairimu, a popular blogger, ethnic inciter is currently trending after a local media house exposed him for raping his clients. Mugo Wa Wairimu, the owner of the famous Prestige Healthcare clinics in Githurai 44 and Zimmerman area which offer reproductive health services to women, allegedly sedates his patients and rapes them.

One of the staff members decided to place a camera in the doctor's office after complaints from patients started streaming in about the gynecologist (Mugo Wa Wairimu), just to prove what he heard what true. A victim also claimed that she had reported the matter to the Kasarani police station but nothing could be been done as there was no conclusive evidence showing that she had been raped.

In the video, a man alleged to be Mugo Wa Wairimu is seen pulling down his pants and climbing on the operation table where an unconscious lady is lying before embarking on his "work" which is against medical doctrines. Mugo Wa Wairimu who is known for his loud mouth on social media has not commented anything after the story was aired.

And news reaching us is that armed police have been posted to Mugo Wa Wairimu's clinic after a mob tried to attack and burn it last night. Police had to shoot into the air to bar a mob that wanted to loot and burn the clinic. Mugo Wa Wairimu is said to be a veterinary and not a qualified a gynaecologist.

Police want anyone with a complaint regarding the clinic to report to Kasarani police station.