5 Other Things Kenyans Do Best Apart From Running 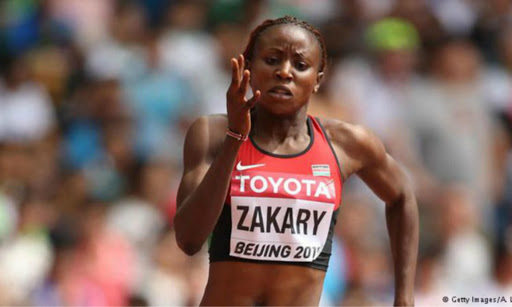 Kenyans are the best athletes in the world if the recent performance at the Beijing World Championship games is anything to go by. However, these are some of the other things that we are good at and not many people notice;

This was evident during the recent Global Entrepreneurship Summit that brought together top global entrepreneurs in the country. It profiled the country as a promising hub for thriving businesses. Some of the biggest companies in Kenya are owned by entrepreneurs. Think of The Chandaria Industries, Radio Africa Group, I&M Bank, Keroche Breweries and The Java Coffee house chain.

From M-Pesa to Lion Lights, Kenya has hit global headlines for coming up with some of the world's top technological innovations. The country is now producing locally assembled laptops, phones, cars and advancing fast in architectural development. Big corporations like Microsoft, Google, Nokia, Samsung, Oracle, KPMG, IBM and others have offices in the country.

Kenyans online champion various national issues that push for better decisions in the governance system. This includes highlighting corruption, crime and appreciating the success of fellow Kenyans who are putting the country on the global map. They also convert serious situations into humor and keep the nation going despite the problems that its citizens face in their daily lives.

Some of the top activists in Kenya have been profiled by international media houses including TIME, New York Times, DW, BBC and more. Boniface Mwangi has been a CNN Multichoice Photojournalist Award winner and was first place in this year's DW Local Heroes Journalism Competition. Philo Ikonya, a former activist had to go to exile in Denmark due to police harassments and political threats. She is a prolific writer and a former president of English PEN, Kenyan chapter. She is the author of "Kenya, Will You Marry Me?"

President Uhuru Kenyatta is one of the most admired leaders in Africa. On his social media, Africans from all walks of life say that they wish he was their president. This includes people from as far as Egypt and Morocco. U.S. President Barack Obama is also admired for his leadership style and has some of ideologies stemmed in Kenyan culture.