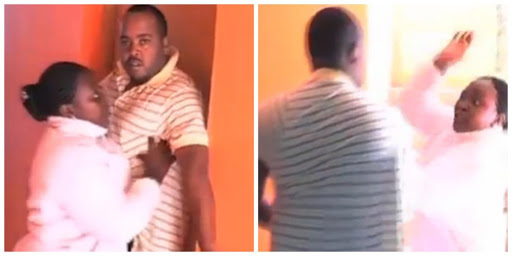 This story is so crazy on so many levels! A Kenyan lady busted her husband red handed in a brothel. And that's not even the worst part about the story cos you see... He had taken his sick child whom he was meant to be minding along with him to the brothel just so he could get some muff.

I have no idea why he felt he had to subject his child to his clandestine affairs but if you thought that could never be topped, well then add to this fact that he took his sick child along with him rather than go a day without some shag. Check it out below:

And the video of the entire incident is right here: