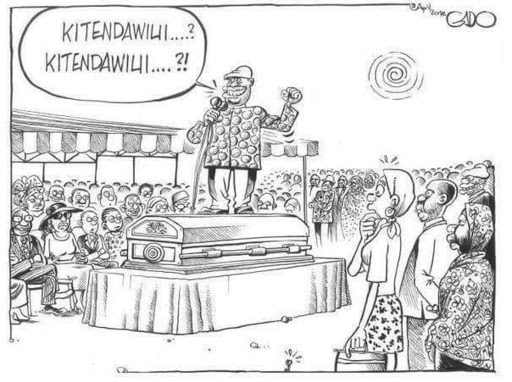 Kenyans can be so ignorant, the photo doing rounds on social media was printed in 2012 when the former Prime Minister called for a mass action.

Some idle person somewhere decide to share the 2 year cartoon by Gado, which is completely out of context as far Fidel Odinga's death is concerned. The cartoon has elicited harsh reactions from Kenyans has it continues to go viral online. Below is a post by someone who came across the cartoon;

Owing to this insensitive mediocre joke, I will neither read nor buy Nation newspaper for the next one year.