Willy Paul once dated a nice spleng ting by the name Michelle Dyer. A lass who we were treated to seeing on his Instagram account then later, was seen in photos with Fred Omondi whom she was later said to be dating.

After her relationship with Willy Paul fizzled out, she was interviewed by the free value add that comes with The Standard every Friday, the Pulse, and Michelle Dyer revealed that Willy Paul was an insecure and abusive boyfriend.

You can click on the link in blue to read all Michelle Dyer’s dirt dished out about her relationship with Willy Paul. And if that interests you then I am sure a list of all the women Willy Paul has been linked to romantically will too. And you can read that list by clicking here.

Needless to say, her dalliance with Fred Omondi, Eric Omondi’s younger brother didn’t last too long either and the next time we saw Michelle Dyer, she was pregnant and then went on to explain that she had settled down into a come-we-stay marriage. 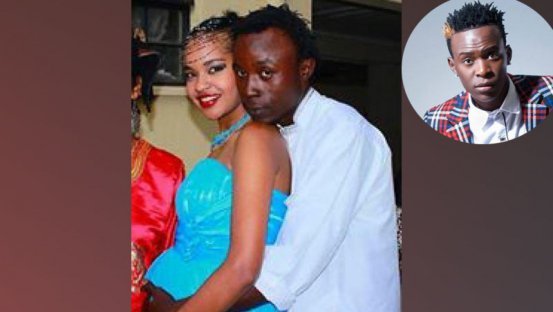 Check out Flaqo’s comedy on ‘Shuga’ by Jon Larry

‘Its dedicated to people like me,’ Ben Kitili’s wife speaks after ‘separation’

Is Corazon Kwamboka the reason why Frankie and Maureen broke up?...

‘Even if Frankie proposes I’ll say no, I don’t want to...

‘I like Frankie because I can fart in front of him...