Donald Kipkorir, our learned friend is not one for garbage and nonsense leadership. Enter Moses Kuria on stage right and you know why that opening line started like that.

The Gatundu South MP (who is actually Uhuru Kenyatta’s Member of Parliament) who is reported to have made some disparaging remarks against supporters of NASA living in Kiambu is known for constantly attacking Raila on the basis of his manhood.

And I for one actually feel offended that I have to report on this man -a man I find despicable but what do I know other than I like neither the man nor his politics.

Anyway, Donald Kipkorir called Moses Kuria out on his obsession with another man’s genitalia and asked some questions about said obsession that let the twittersphere:

Why is Moses Kuria obsessed with Baba’s genitalia? Does he want Baba to sleep with him? Does Moses know 80% of World pop doesn’t circumcise?” Donald Kipkorir tweeted 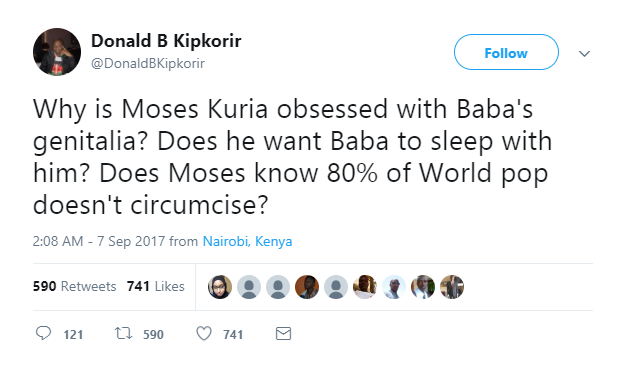 But as can be expected, opinion on the tweet was divided with guys on both sides of the divide going in: 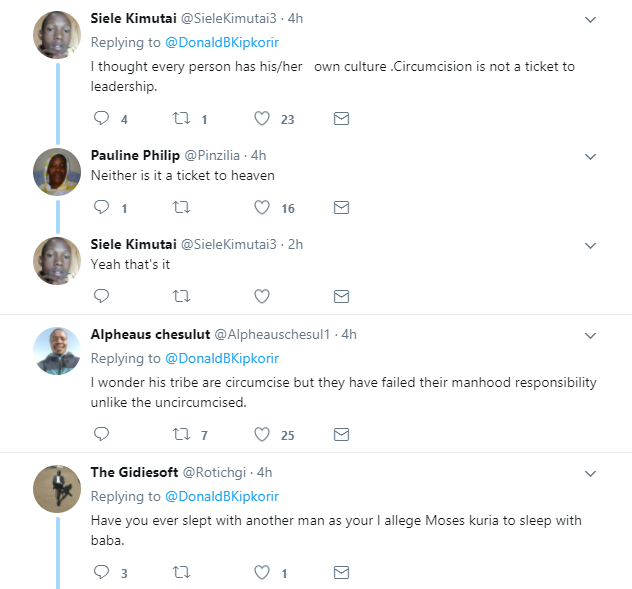 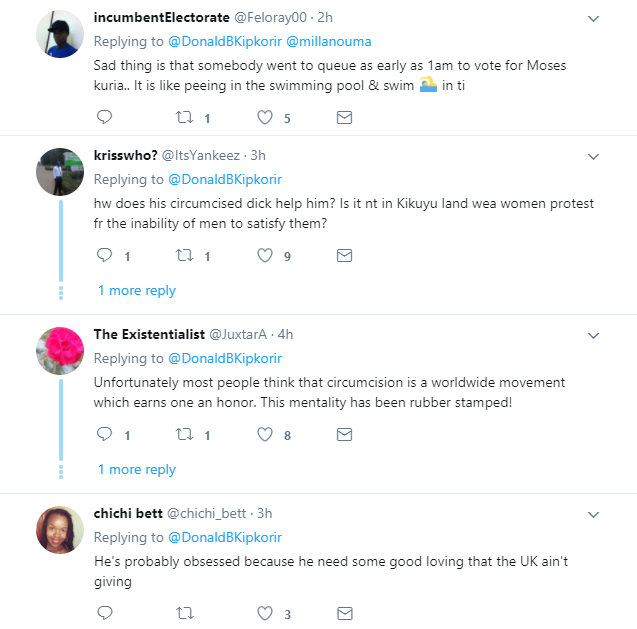 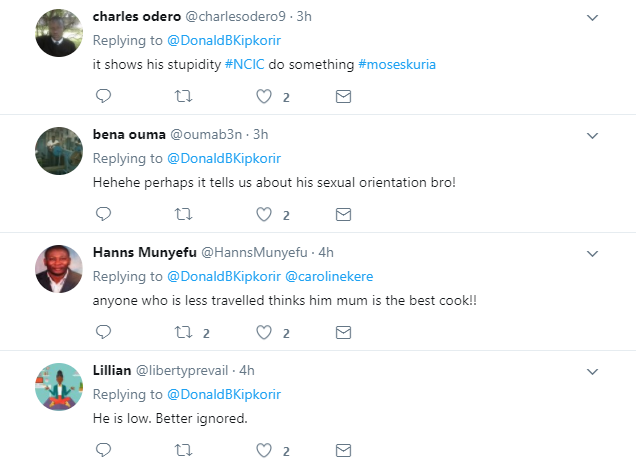 RIP! Photos of K24 journalist George Kori who hung himself

Fears of a father! Diamond Platnumz reveals why he’s afraid of his daughter Tiffah growing up

Why I’m looking for a divorcee hubby! Betty Kyalo ready for love

Dumped! Top celebrities who were heartbroken narrate their stories

Dumped! Top celebrities who were heartbroken narrate their stories

Do’s and dont’s when you are the other woman in a...